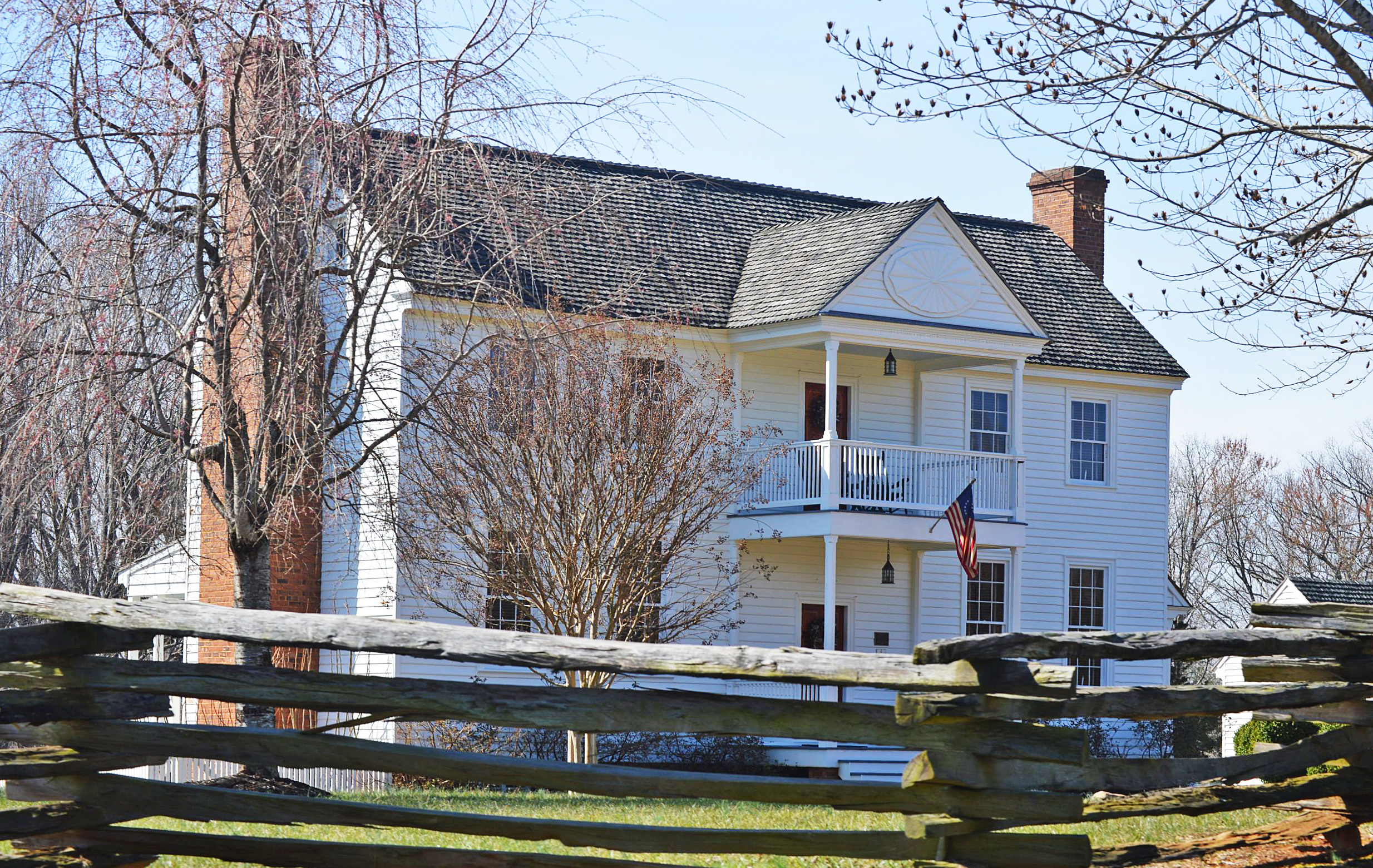 This L-shaped plantation seat is characteristic of the housing favored by the majority of the regions’s gentry in the early 19th century. Though it lacks the stylish frills of an architect-designed dwelling, the building has an inherent sophistication coming from the use of an established architectural vocabulary of forms and proportions. The front was originally accented by a two-tier portico. The interior is highlighted by reeded woodwork, intricately carved stair brackets, and areas of original graining. The house was built ca. 1822 by Bowling Eldridge, a tobacco planter and mill owner. At its peak the plantation included nearly a thousand acres, sustained by some seventy slaves. The Eldridge family sold the place in 1869 after which the house suffered neglect during a century-long period of absentee landowners.

The Bowling Eldridge House was relocated from Halifax to Bedford County.  The house now sits atop a grassy knoll and overlooks the James River Valley across Route 794 in Bedford County near Lynchburg, much as it overlooked the Birch Creek Valley in Halifax County when it was also called “Ridgecrest.”
[2000 move documentation approved: NRHP 5/23/2003]