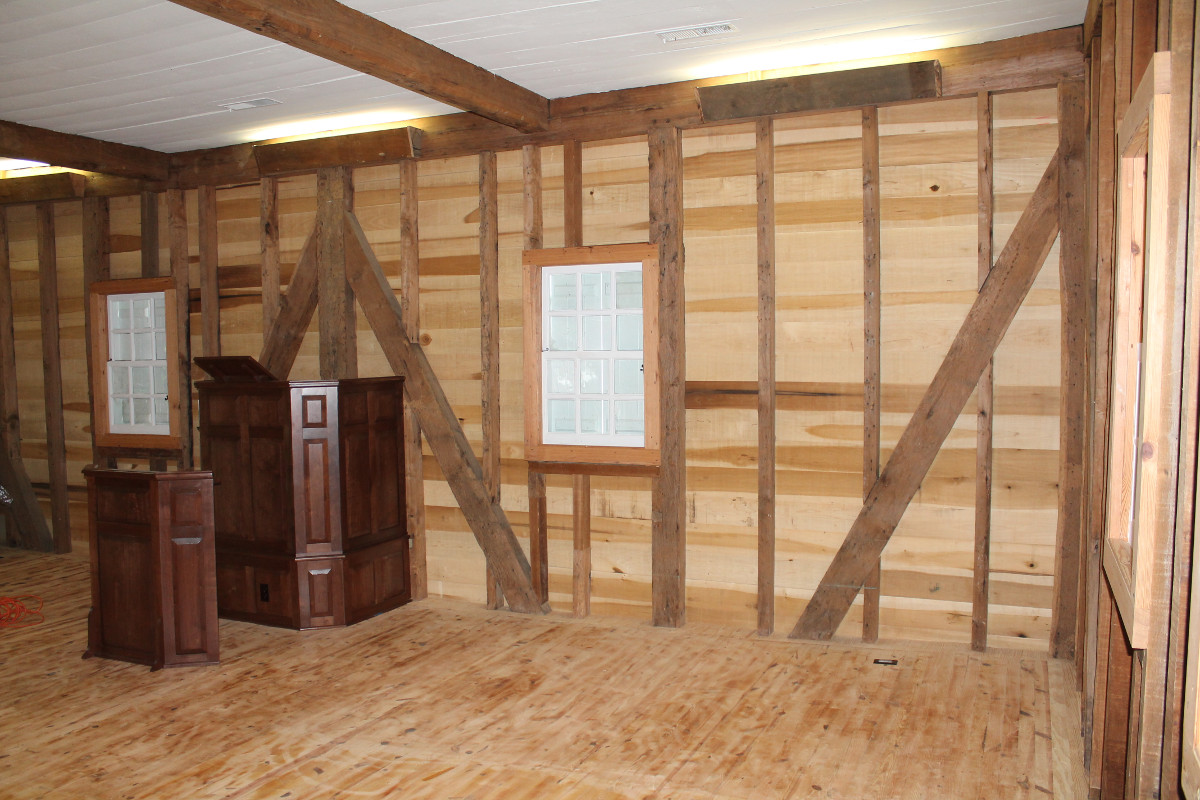 Constructed of hewn and sawed timbers and erected on Virginia’s western frontier in present-day Franklin County at the end of the colonial period, the Snow Creek Anglican Church replaced a prior chapel building at the site. The second Snow Creek church was one of a half-dozen churches and chapels ordered to be built in 1769 by the vestry of the newly established Camden Parish, which was located on the fringe of white settlement in the southern Piedmont on the eastern foothills of the Blue Ridge Mountains. In 1770 Anglican vestrymen paid two men 7,520 pounds of tobacco (approximately $50 today) for building the 32-by-24 foot structure. The Anglican Church vestry’s specifications for the building required it have two doors and five windows, a clapboard roof, plank floor, pulpit and reading desk, small communion table, and benches to seat the congregation. After the American Revolution led to the disestablishment of the Anglican Church, when most its rural parishes such as Camden ceased to function, the original congregation of Snow Creek most likely disintegrated. By the late 1780s the Baptists probably began using the building for worship. In 1824 a Primitive Baptist congregation occupied the church and continued to use it until the congregation died out by around 2000. The former Snow Creek Anglican Church is one of the oldest known buildings surviving in western Virginia. The property also includes a cemetery dating to around 1753, when the first Anglican chapel was built on the site.