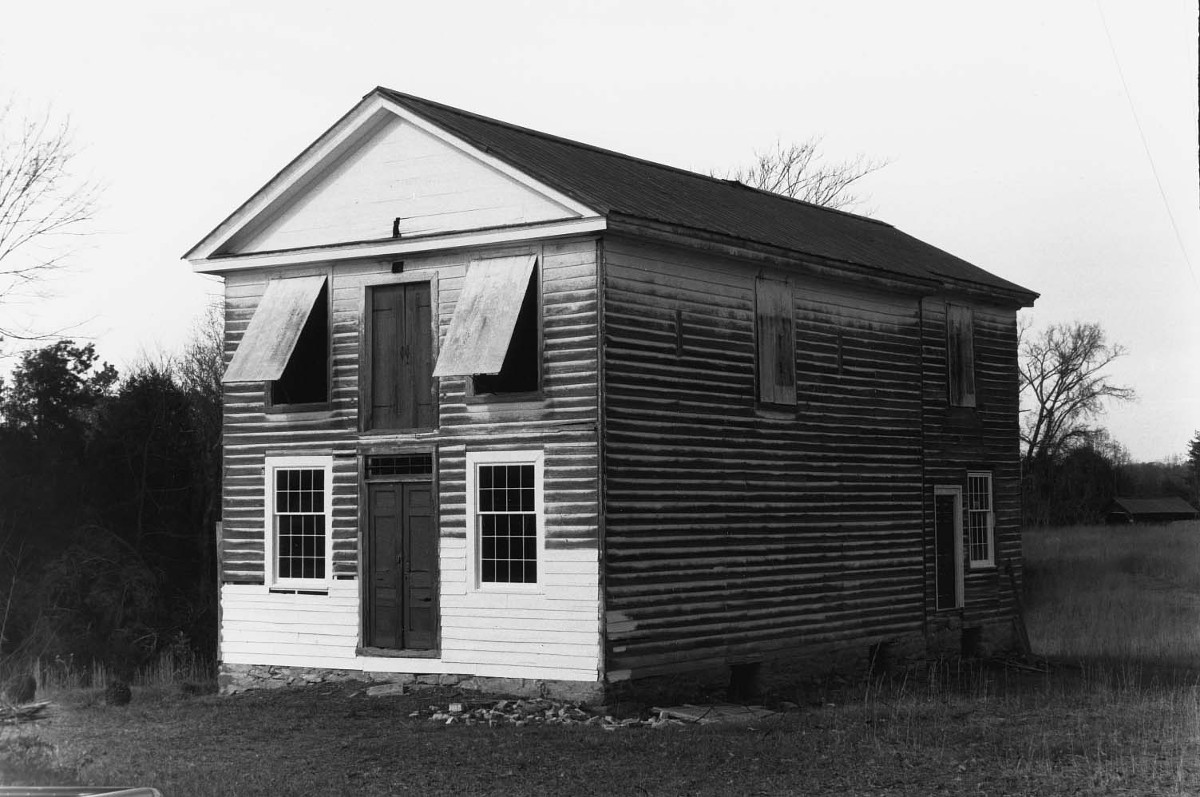 Once a defining feature of rural America, the general store is rapidly becoming an endangered architectural species. Such buildings formerly dotted the countryside with regularity. Most, however, have vanished, and most remaining ones are abandoned. An unusually early example is found in the tiny hamlet of Brooklyn, built around 1850 by William Easley as the successor to an earlier establishment. Easley later was associated with Beverly Barksdale II, and after 1855 Barksdale operated the store in conjunction with his nearby Brooklyn Tobacco Factory. The business along with the post office was run by Barksdale’s son when it closed in 1903. The building eventually was converted to a dwelling but without significant alteration to its interior which preserves a number of its early fittings including the customized shelving in the large sales room. A rehabilitation of 1994-95 rescued the store from threatened deterioration.