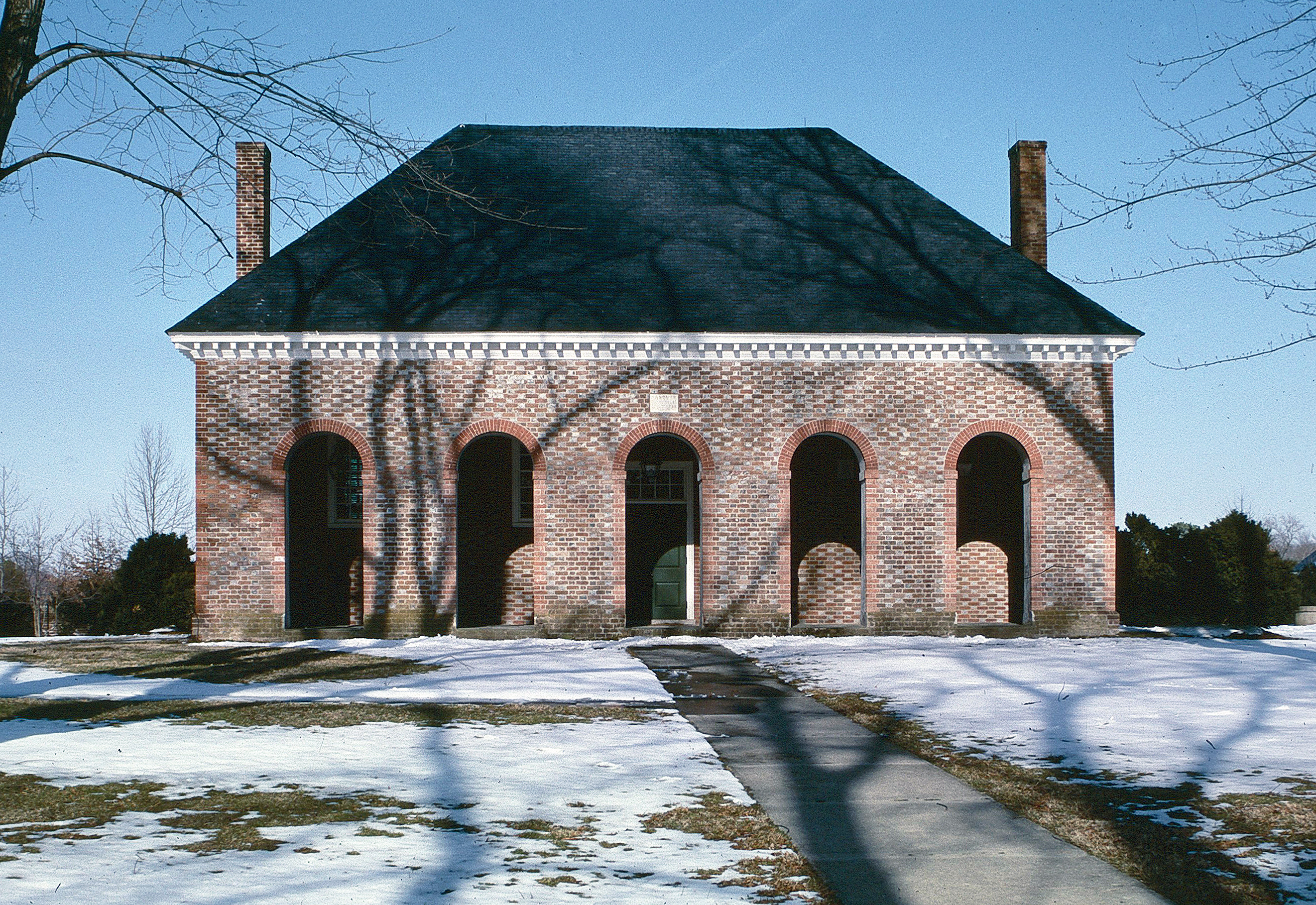 Hanover County’s courthouse survives as the archetypal example of colonial Virginia’s arcaded court structures, of which only six remain. Each of these buildings has refined brickwork and an arcade or arcades topped by a tall hipped roof. The Hanover courthouse was erected ca. 1737-42 and has been in continuous use since. In 1763 its courtroom was the scene of Patrick Henry’s first well known case, the Parson’s Cause, in which he attacked the misrule of the king and the greed of the Anglican clergy. The building was also the site of a 1774 gathering to address grievances in anticipation of the Virginia Convention when the colonists voiced their support for Bostonians’ “tea party” actions. The courthouse has undergone several renovations, leaving little of the original interior fabric. The exterior, however, continues to convey the simple dignity inherent in colonial Virginia’s public architecture, and is the centerpiece of the Hanover Court House Historic District.