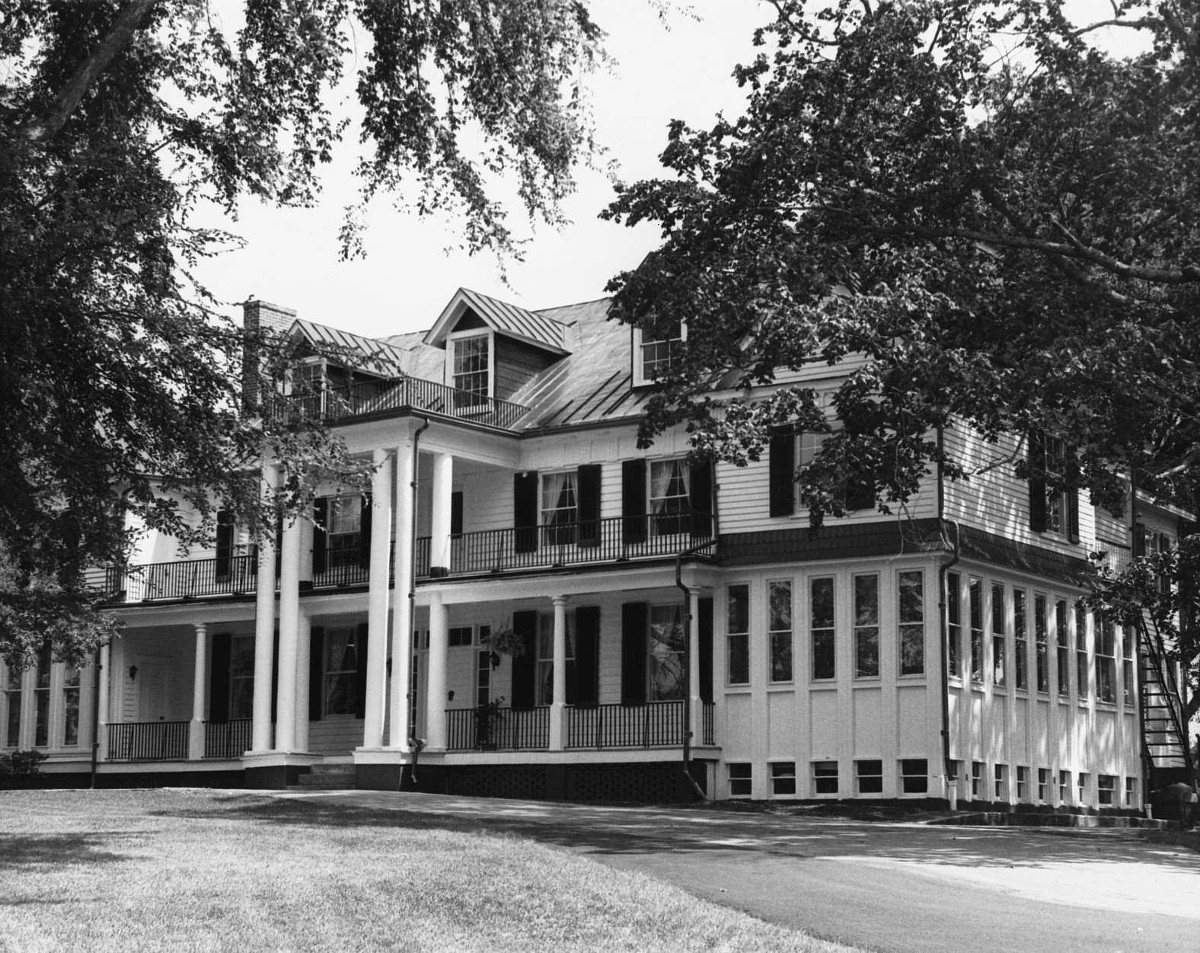 This spread-out wooden mansion stands on property that was part of Beaver Creek Plantation where Col. George Hairston built a brick residence in 1776. The colonial dwelling burned in 1839 and was replaced by the core of the present frame house by Hairston’s son Marshall Hairston. The new structure followed a standard two-story, five-bay format used by many of Virginia’s well-to-do landed families in the early 19th century. Its interior is trimmed with straightforward Greek Revival woodwork. Wings, a portico, and a veranda were added around 1900. The Hairston family, among the state’s largest landholders, accumulated great wealth as tobacco planters. At a time when most tobacco farmers owned around 100 acres, George Hairston by 1826 owned 143,000 acres. By 1900 the family still controlled some 60,000 acres. Beaver Creek Plantation, their core holding, formerly included about 1200 acres.