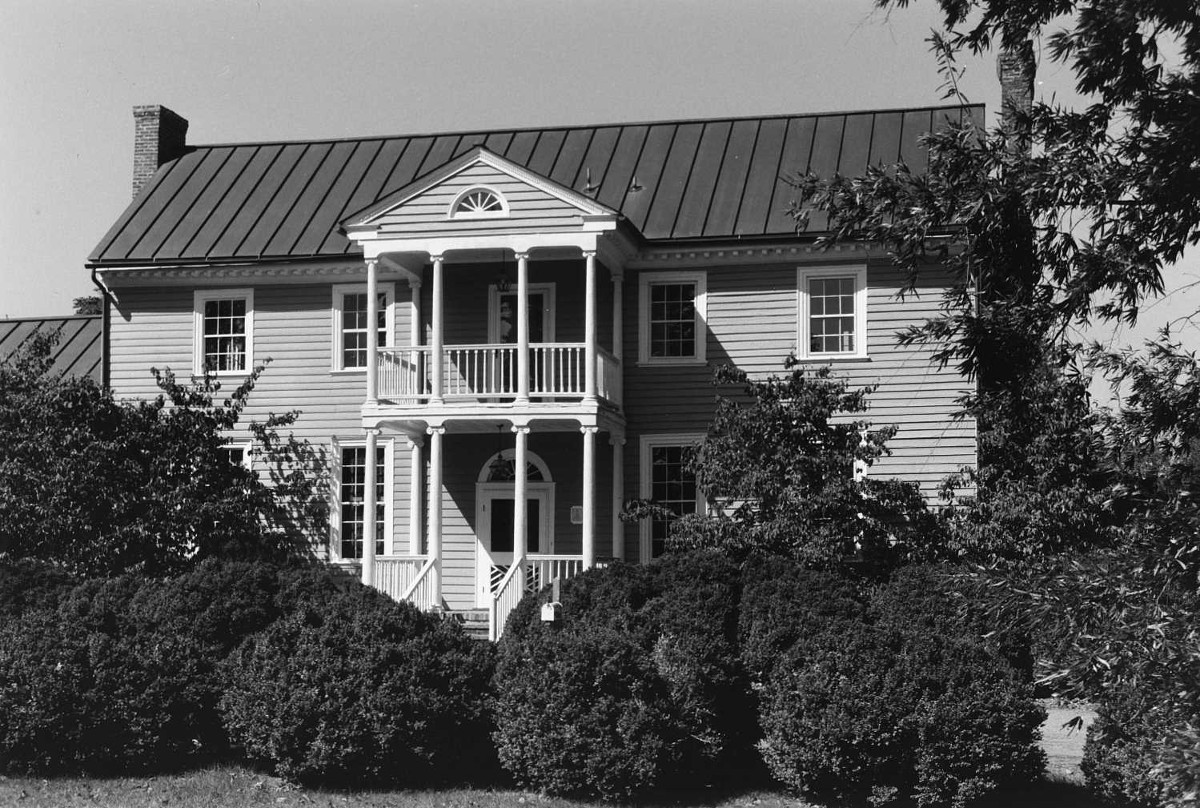 A handsome specimen of provincial Federal architecture, Belleview was built in the late 18th century for John Redd, a pioneer settler who served as a member of the county court and participated during the Revolution in several frontier actions against the crown’s Tory and Indian supporters. The property descended in the family to Kennon C. Whittle (died 1967), member of the Virginia Supreme Court of Appeals. In the hilly reaches of the county, the dwelling remains true to its name in enjoying a splendid view across the undulating countryside. The interior is noted for its robust woodwork which is somewhat loosely based on pattern-book illustrations. Sheltering the center bay is a naive though graceful two-level Ionic portico original to the house.