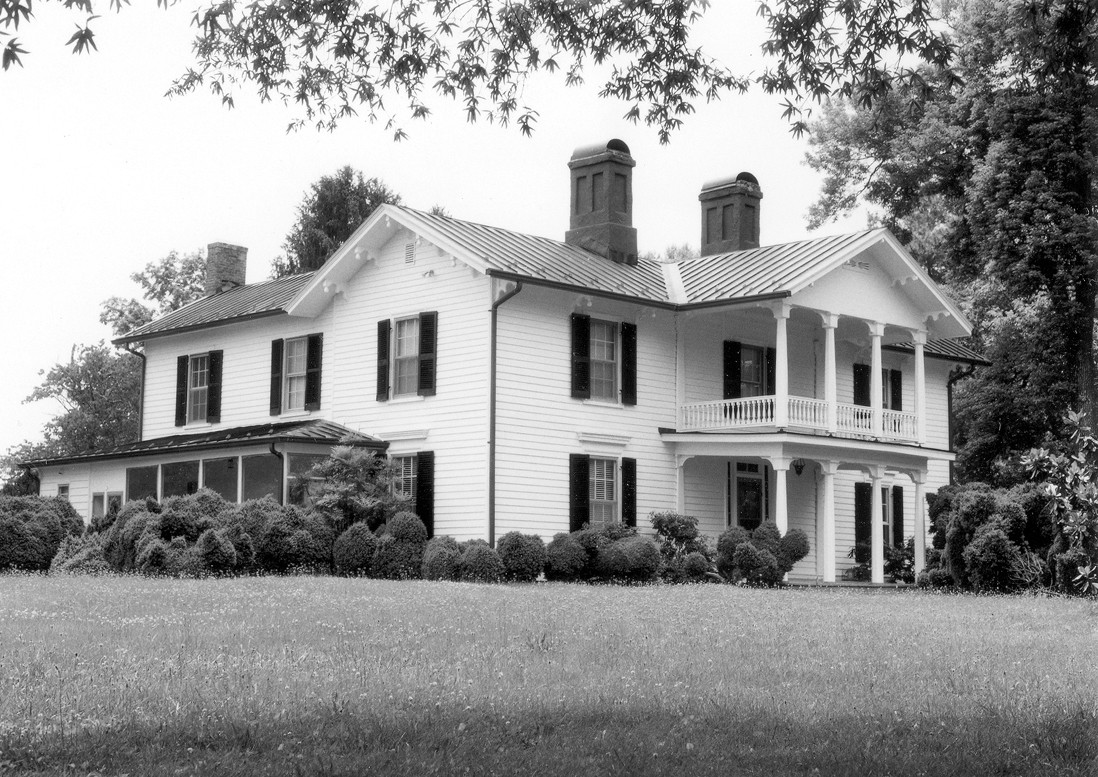 Grassdale Farm, located in the southwest Henry County community of Spencer, is notable for its many surviving 19th- and early 20th-century structures. They include the stylish plantation house and numerous dependencies, especially a log slave dwelling and early detached kitchen, as well as agricultural and commercial buildings. The farm began as a tobacco plantation owned by David Harrison Spencer (1814-1896), and later became the center of a large-scale plug tobacco manufacturing operation from about 1860 through the end of the 19th century. Spencer, who also owned the local store, post office, mill, and blacksmith shop, built the two-story frame main house of Greek Revival and Italianate character during the late antebellum period. Later improvements to the house are also evident.