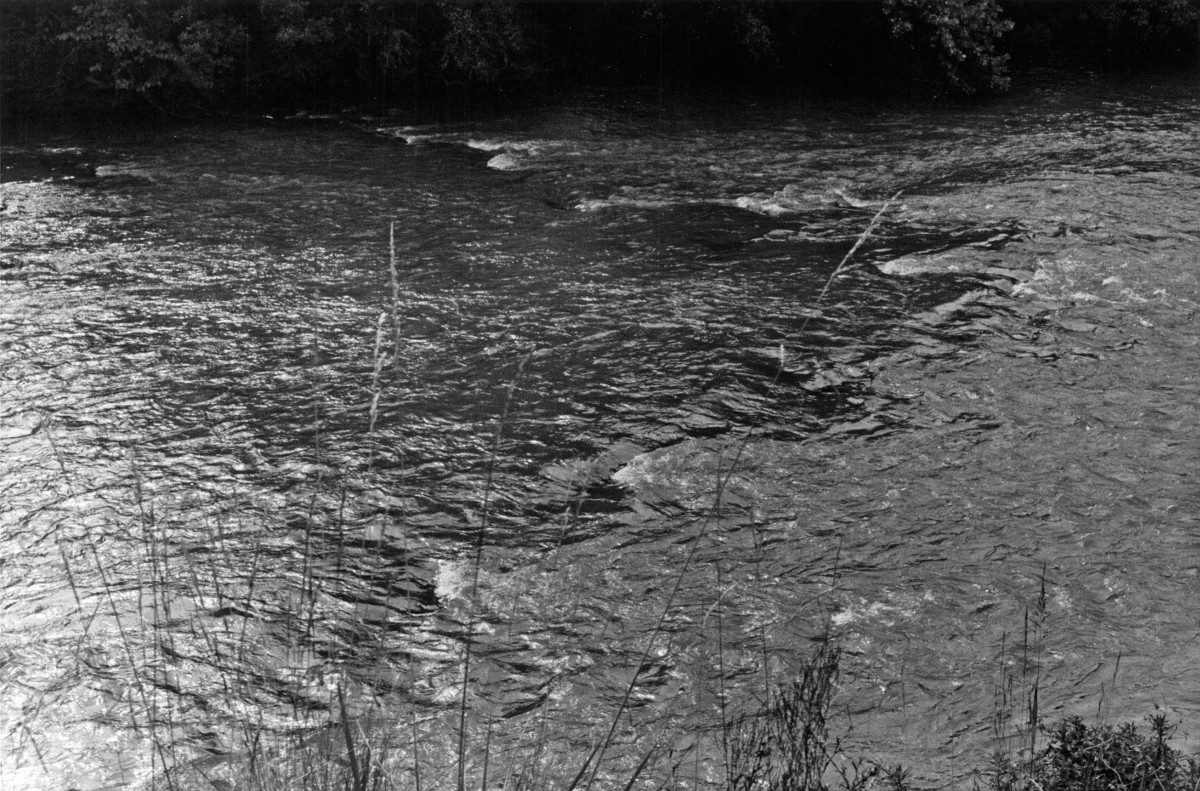 The Martinsville fish dam is one of the few such aboriginal fish traps of its type remaining in the state. The structure consists of stones piled in the bed of the river to form a low V-shaped wall or dam extending from bank to bank with the apex of the V pointing downstream. The dam originally was probably a foot or more high. The apex of the V was left open, and a basket was held there to trap fish as they swam with the current and were funelled into the basket. The dam is partially exposed when the river is low and is in a good state of preservation. It likely was associated with an Indian village site nearby on the south bank of the river. Half of the dam is now owned by the Archeological Society of Virginia.