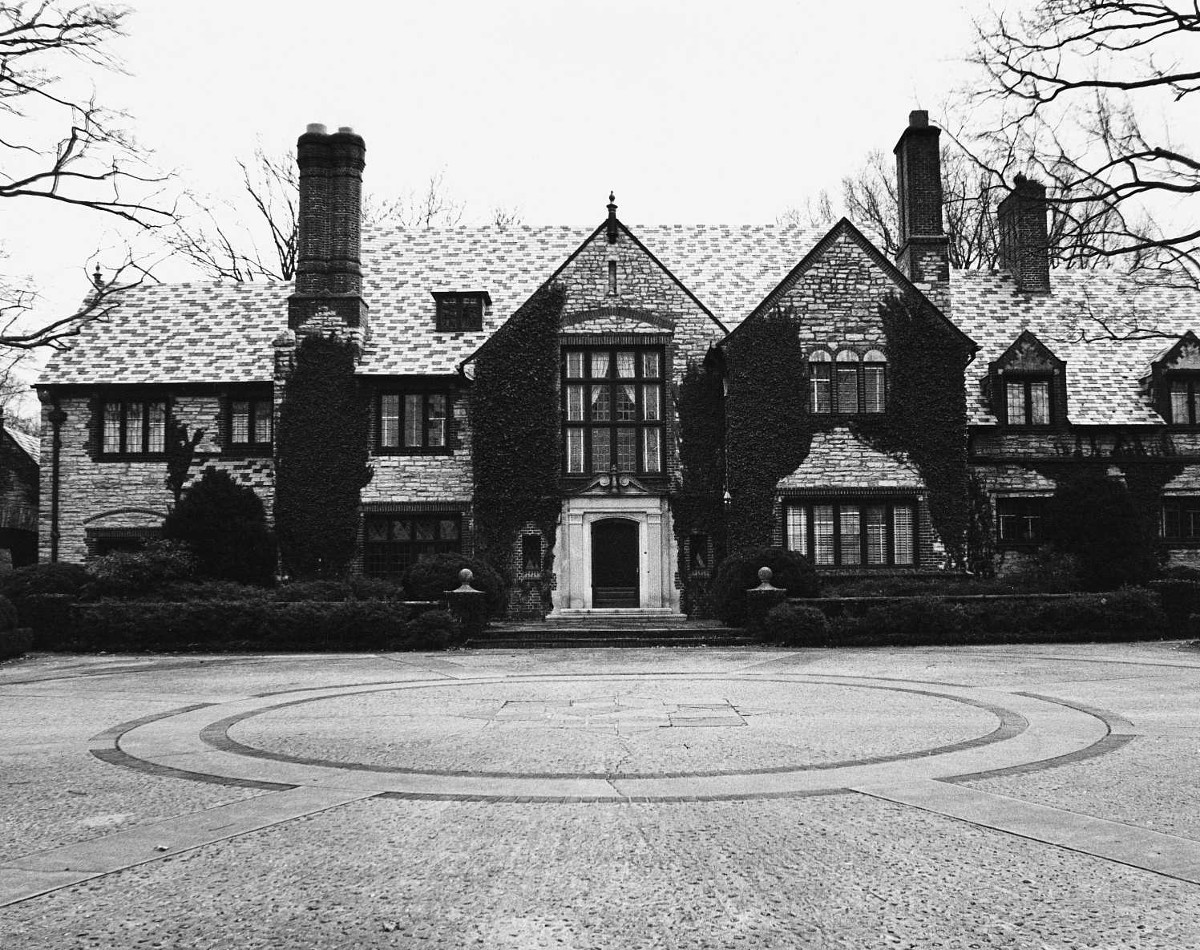 Built 1929-31 after the plans of Leland McBroom of the Des Moines, Iowa firm of Tinsley and McBroom, Stoneleigh is an impressive example of the Tudor Revival Style. It was commissioned by industrialist Thomas B. Stanley, later governor of Virginia. The Tudor Revival, an outgrowth of the English Arts and Crafts movement, enjoyed popularity in America in the 1920s and 1930s. The construction of this meticiuously crafted house coincided with the end of Stanley’s active career as a furniture manufacturer and the beginning of his long political association with the state Democratic party that led to the governorship in 1954. Stonleigh’s extensive gardens, designed by E.S. Draper of North Carolina and later reworked by Charles Gillette of Richmond, were the inspiration of Mrs. Stanley, nee Anne Pocahontas Bassett.