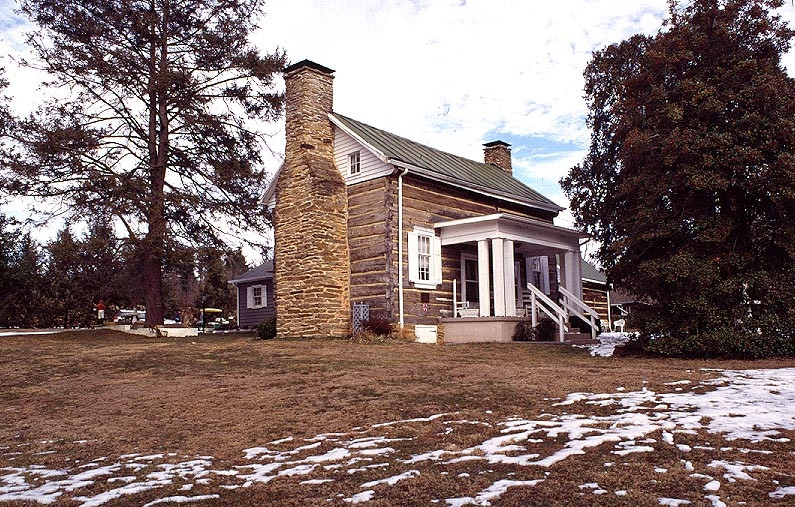 The Old Turner Place is located just west of the small village of Henry on a creek called Larkin’s Branch. A two-story log house with tall sandstone chimneys and a log smokehouse, both dating to the late 18th or early 19th centuries, are on the property. Together, they exemplify early farmhouse and dependency construction in the region. The Old Turner Place is a fine example of a log hall-parlor-plan house that was commonly built in southwestern Virginia until the second quarter of the 19th century. It is a rare survivor that maintains the distinctive attributes of an early American folk dwelling. Although the farm suffered from military raids at the close of the Civil War in April 1865, the buildings endured and the property has continuously remained in possession of Turner family heirs.