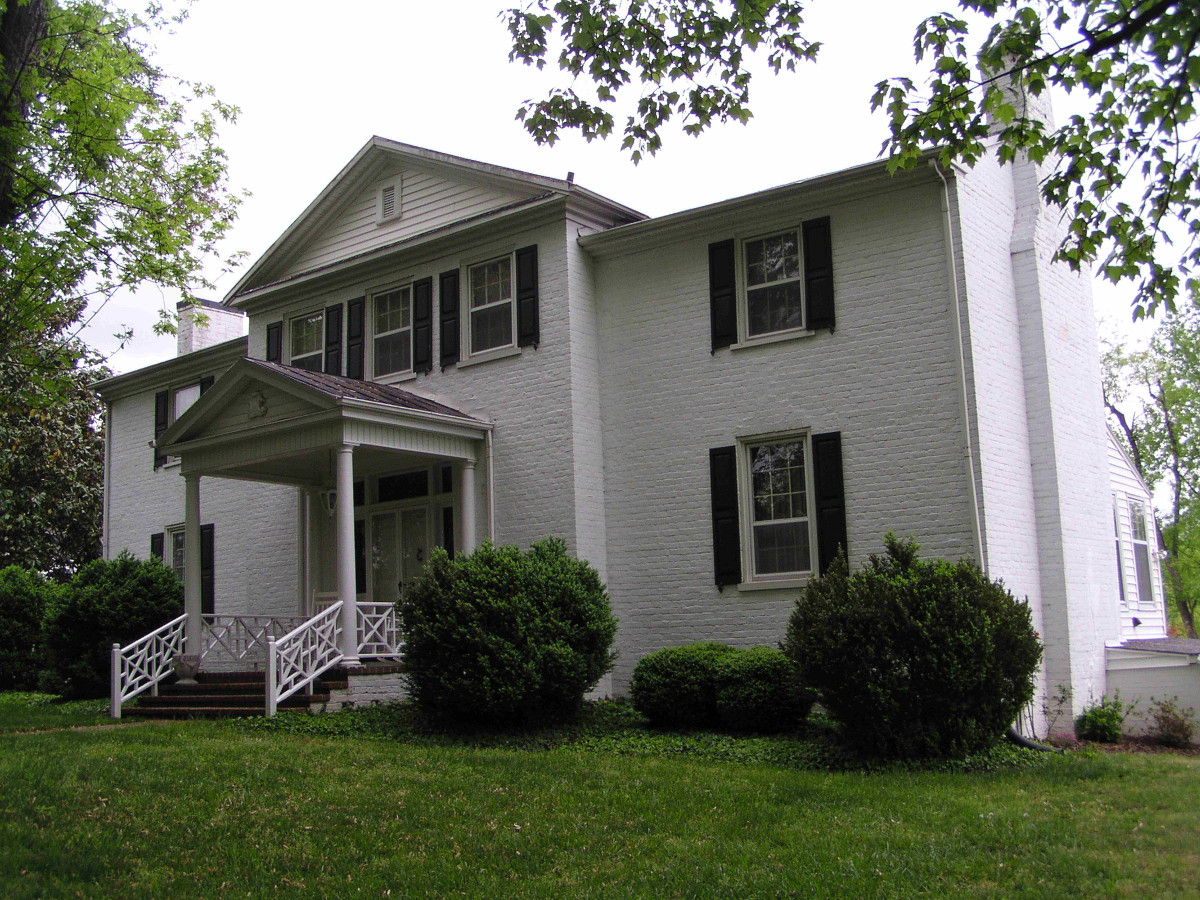 Edgewood is an imposing 1830s manor house constructed for John Redd, on Old Stage Road in Stanleytown. During the 19th century, Old Stage Road was known as the Great Wagon Road and the Carolina Stage Road, used for travel from Salem, Virginia, to Salem, North Carolina. Travelers forded the Smith River near Edgewood on their way south to North Carolina. Edgewood’s architectural type is most unusual in the area, with its Palladian three-part form, or “temple-wing” plan. Classically-inspired architecture was historically unknown to most residents of Henry County and many nearby areas, and brick houses of Edgewood’s vintage, scale, and grandeur are today rare in the region. The interior shows an impressive level of sophistication, visible in the six different Greek Revival–style fireplace surrounds and mantels for the six fireplaces, all based on the works of prominent 19th-century architect Asher Benjamin. Redd, who had fought at Yorktown when Cornwallis surrendered, became a prominent businessman, but only owned Edgewood until circa 1840. The house had several subsequent owners, and is a fine example of a wealthy landowner’s mid-19th-century house.