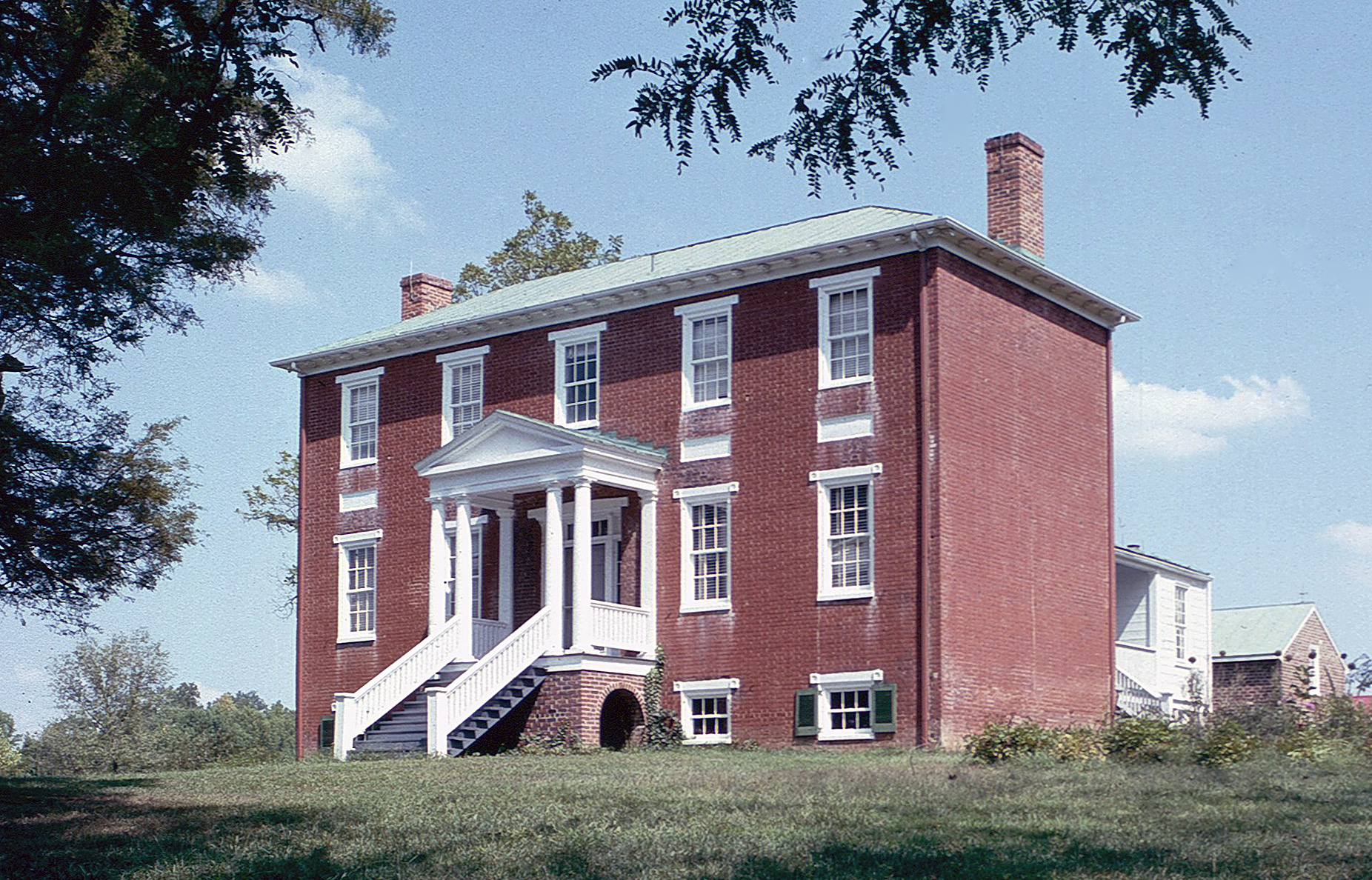 Mount Columbia is situated on one of the highest points in King William County, on a property that originally was part of the vast landholding of the College of William and Mary. The two-part dwelling illustrates the refinement of architectural taste that occurred in the area in the early 1800s. The older section, a simple, single-cell house erected for Gideon Bosher in the 1790s, typifies the homes of the period’s moderate inland planters. The sophisticated Federal-style front section, built in the 1830s for Bosher’s son William, reflects the gentry’s increasing tendency to display prosperity in a more stylish manner. The general appearance of the later section may have been influenced by Virginia’s Executive Mansion. William Bosher’s brother John, a carpenter, and his neighbor Christopher Tompkins, a master builder, were both involved in the building of the mansion.