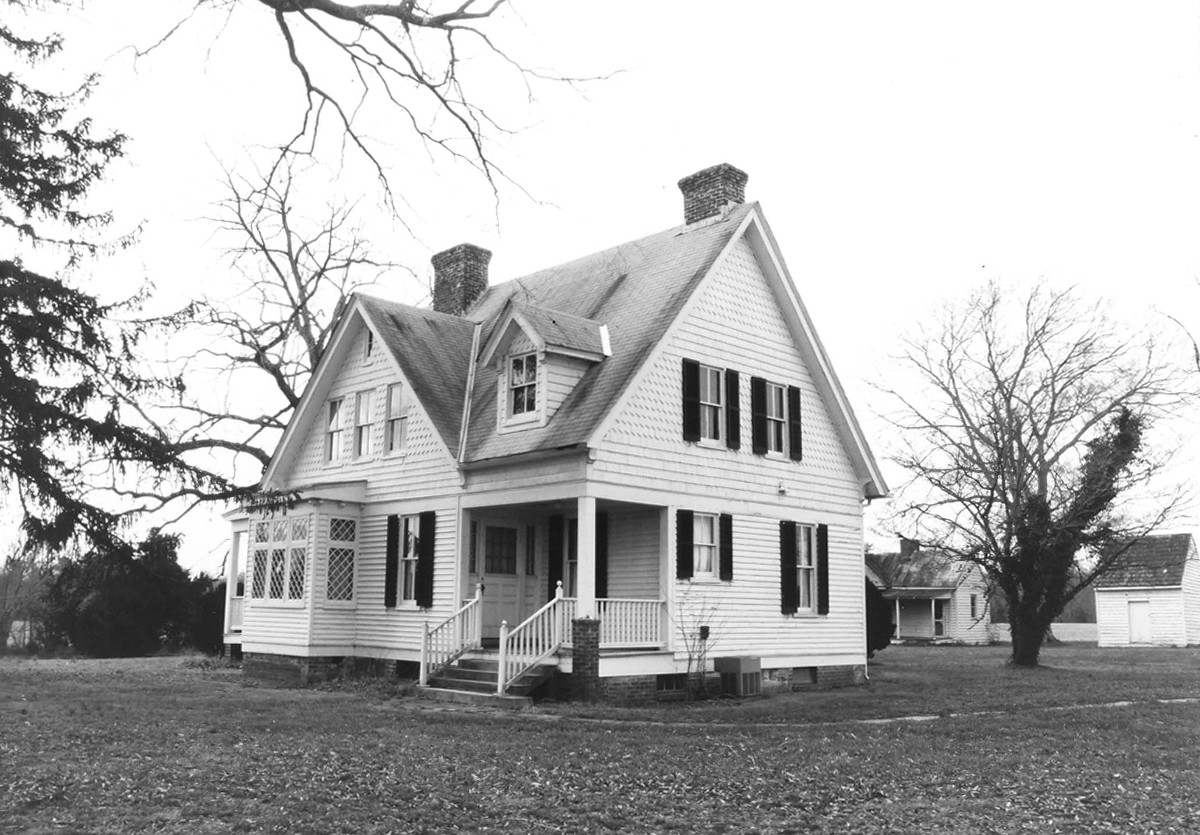 Situated on a hill overlooking countryside and the town of Aylett in King William County, Zoar is a 308-acre farmstead with a 1901 single-family dwelling, and five agricultural outbuildings dating to the early 19th century. Zoar was developed as a farmstead first by Robert Pollard and then by his son, a clerk of King William County for 40-plus years. Pollard, who acquired the land in 1782, named it Mount Zoar after the biblical village of Zoar, which was spared destruction by God. Pollard meant to distinguish the property from nearby Aylett, a port town arising during the late 18th century on the Mattaponi River and the stage route from Richmond to Tappahannock. Aylett, which had a racetrack, was well-known for its gambling and drinking until it was burned during the Civil War. Zoar’s Queen Anne–style house, built by Edward Pollard, reflects an upscale and fashionable architecture for the period. In 1987, Zoar was deeded to Virginia’s Department of Forestry as a gift honoring the Pollard family, who had occupied the land for over 200 years. The department has since maintained the property with minimal changes.