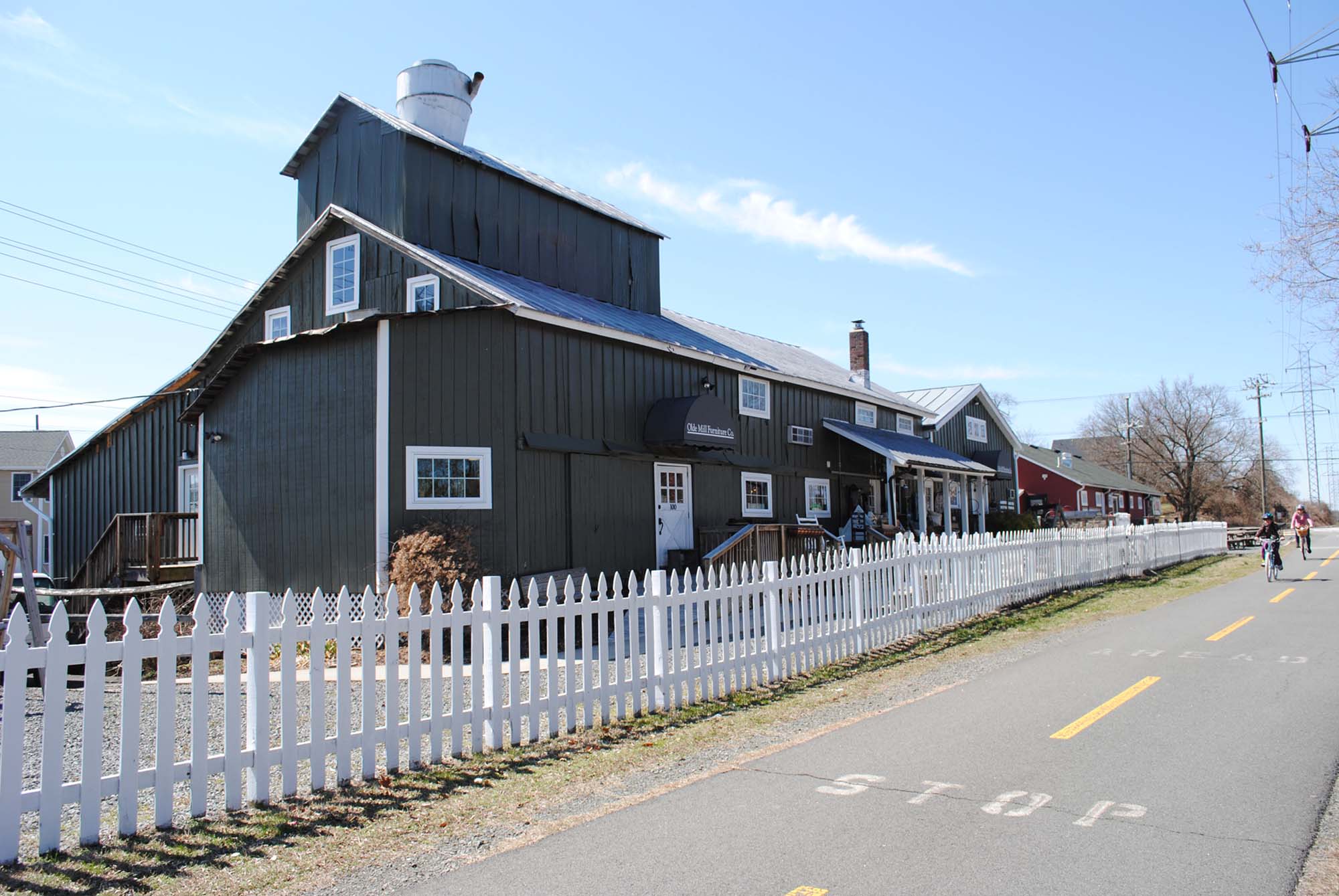 The village of Ashburn is a typical example of late 19th- and early 20th-century agricultural commercial center in a rural landscape that developed at the confluence of transportation corridors–Ox Road, an important tobacco rolling road from the 18th century and the Alexandria, Loudoun & Hampshire Railroad which arrived in 1860. The development of Ashburn does not follow a grid pattern; lots range in size and shape, suggesting organic and continuous development over time. The commercial areas are clustered with close proximity to Ashburn Road and railroad. Residential areas radiate from the central core, and are separated with generous front lawns. Although in deteriorated condition, a sidewalk on the west side of Ashburn Road connects the residential area to the commercial center. Originally surrounded by large tract farms, Ashburn was once the center of Loudoun County’s vibrant milk industry. Today these large tracts have been replaced by suburban development, although the central core of the village remains remarkably intact.
[VLR Listed Only; Federal Determination of Eligibility: 10/15/2014]