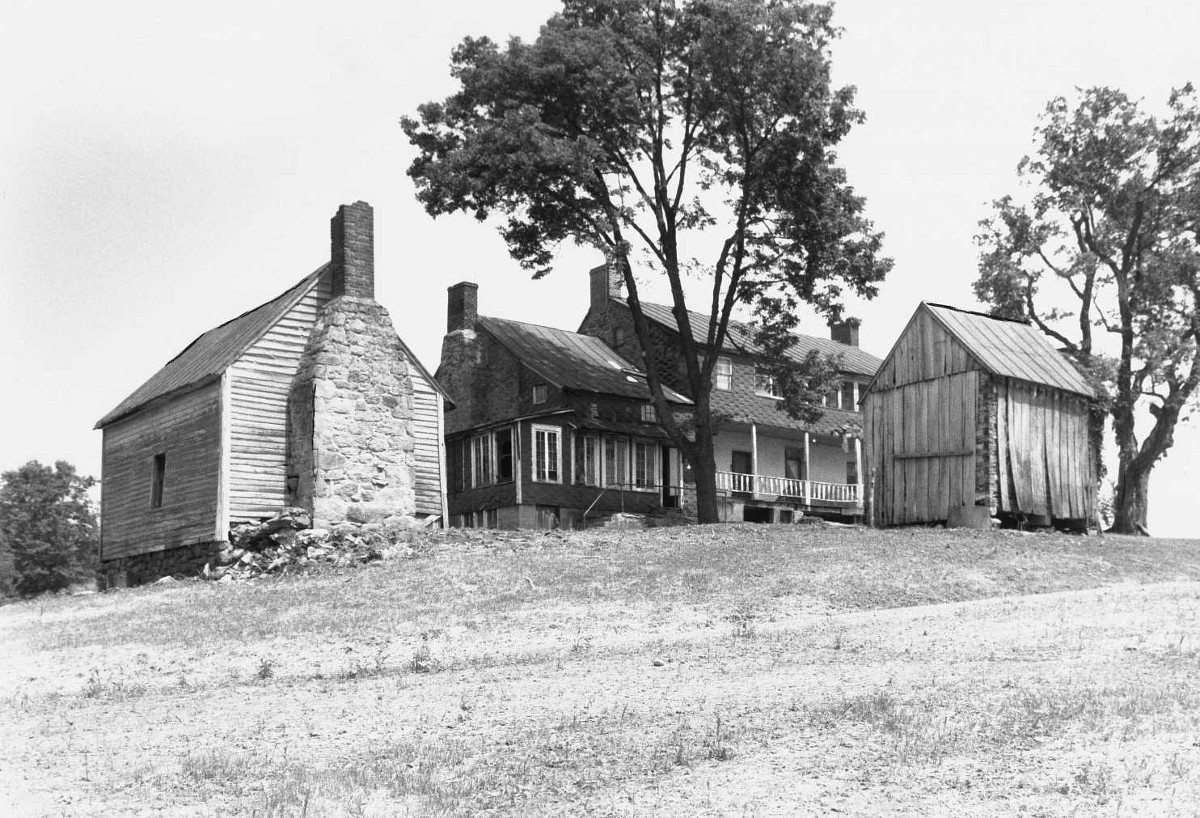 Located in the Catoctin Rural Historic District of northern Loudoun County, Clapham’s Ferry has been the site of a Potomac River ferry crossing since 1757 when the General Assembly awarded Josias Clapham permission to operate a public ferry here offering access to Maryland. The property was owned by the Clapham family until 1820 when they sold it to William Hawling. The ferry operated until around the Civil War. Archaeological features of ferry-related structures likely remain at river’s edge. The existing stone dwelling, presently encased in later extensions, was probably built in the early 19th century during the latter Clapham or Hawling tenure. It apparently served as the residence of the ferry operator as well as the nucleus of a farm operation. Adjacent are a log meat house and a log kitchen. Nearby is a bank barn, one of the county’s largest. The barn is a 1930s rebuilding of an earlier one struck by lightning.