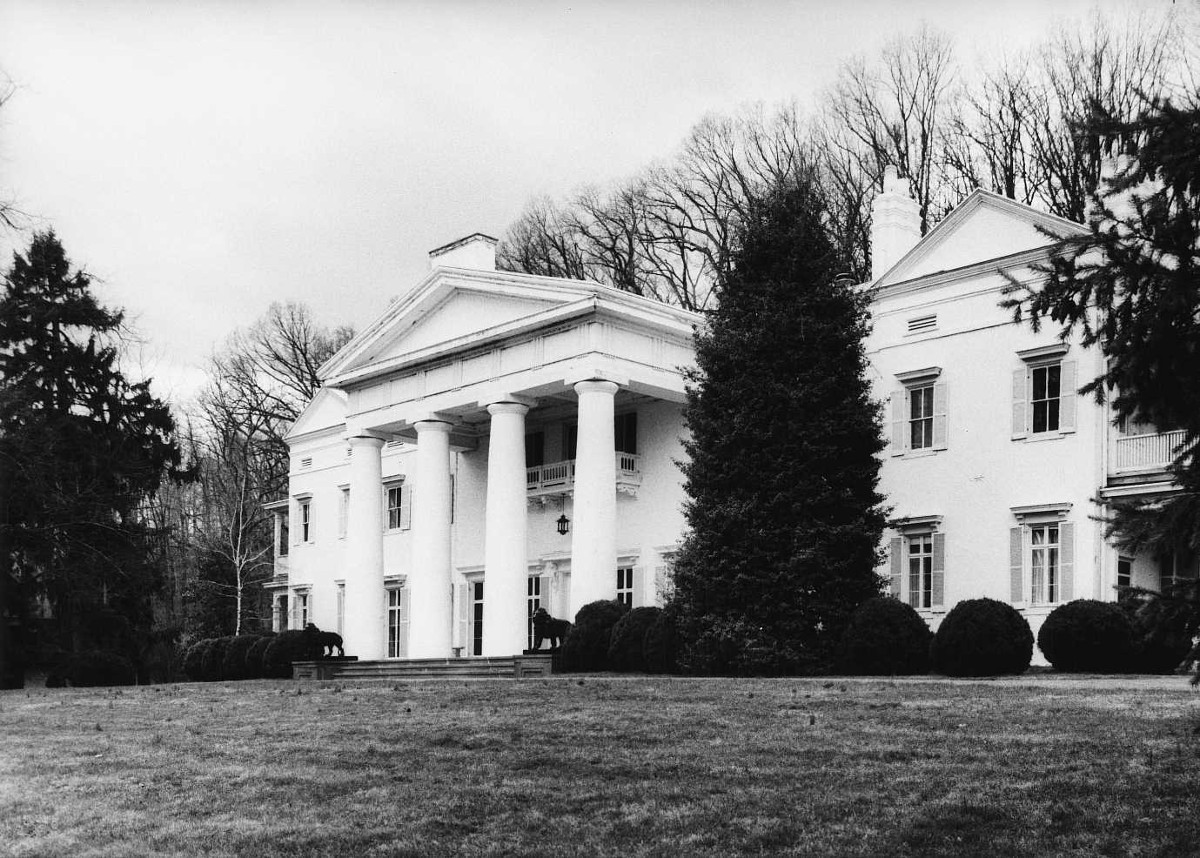 Located in the Catoctin Rural Historic District north of Leesburg, Morven Park is best known as the home of Westmoreland Davis, governor of Virginia from 1918 to 1922. From the time he acquired the property in 1903, Davis set a standard for grand-scale living and made Morven Park a model dairy farm. His sprawling mansion has had a complicated evolution. It incorporates a 1780s farmhouse, first owned by Wilson Cary Selden. Judge Thomas Swann acquired the place in 1808 and added the Doric portico and dependencies in the 1830s. In 1858 Swann’s son, Thomas Swann, Jr., later governor of Maryland, engaged Baltimore architect Edmund G. Lind to remodel the house into a grandiose composition calling for four Italianate towers. The main tower was omitted and the tops of the other four towers were later removed. In 1955 Governor Davis’s widow established the Westmoreland Davis Foundation, and Morven Park was opened to the public as a museum, cultural center, and equestrian institute.