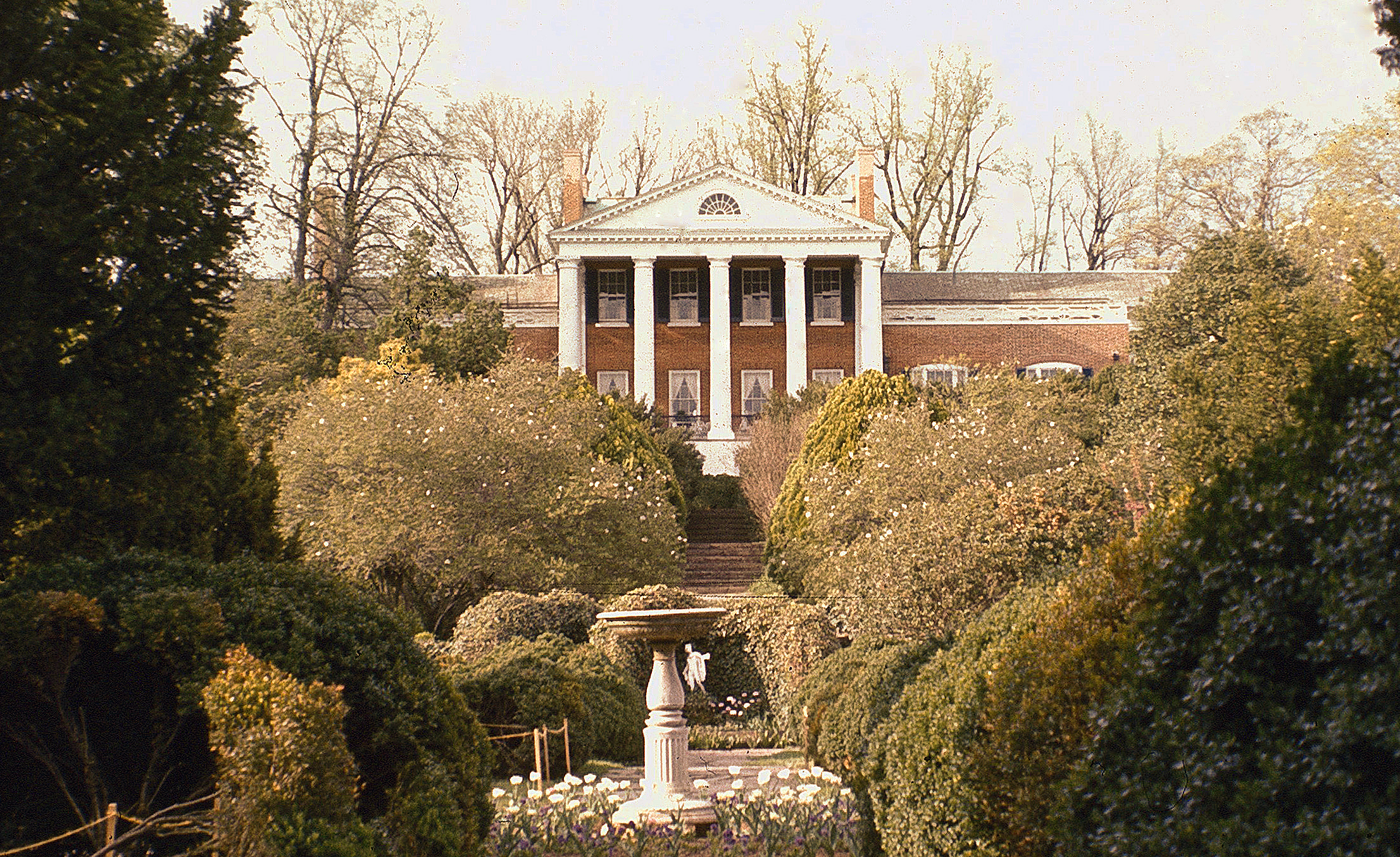 James Monroe began construction of his Loudoun County mansion between 1820 and 1823 and lived here following his presidency until 1830, the year before he died. For its design, Monroe sought ideas from both Thomas Jefferson and James Hoban, architect of the White House. The house was constructed by the local builder William Benton. Its dominant architectural feature is the unusual pentastyle portico. Oak Hill was visited by Lafayette in 1825 during his tour of America and it was here that Monroe worked on the drafting of the Monroe Doctrine. The estate passed out of the family after Monroe’s death. The house was increased in size in 1922 by the enlargement of its wings and the addition of terminal porticoes during the ownership of Mr. and Mrs. Frank C. Littleton. Still a private residence, this historic seat is a fitting monument to the last of the “Virginia Dynasty” of presidents.