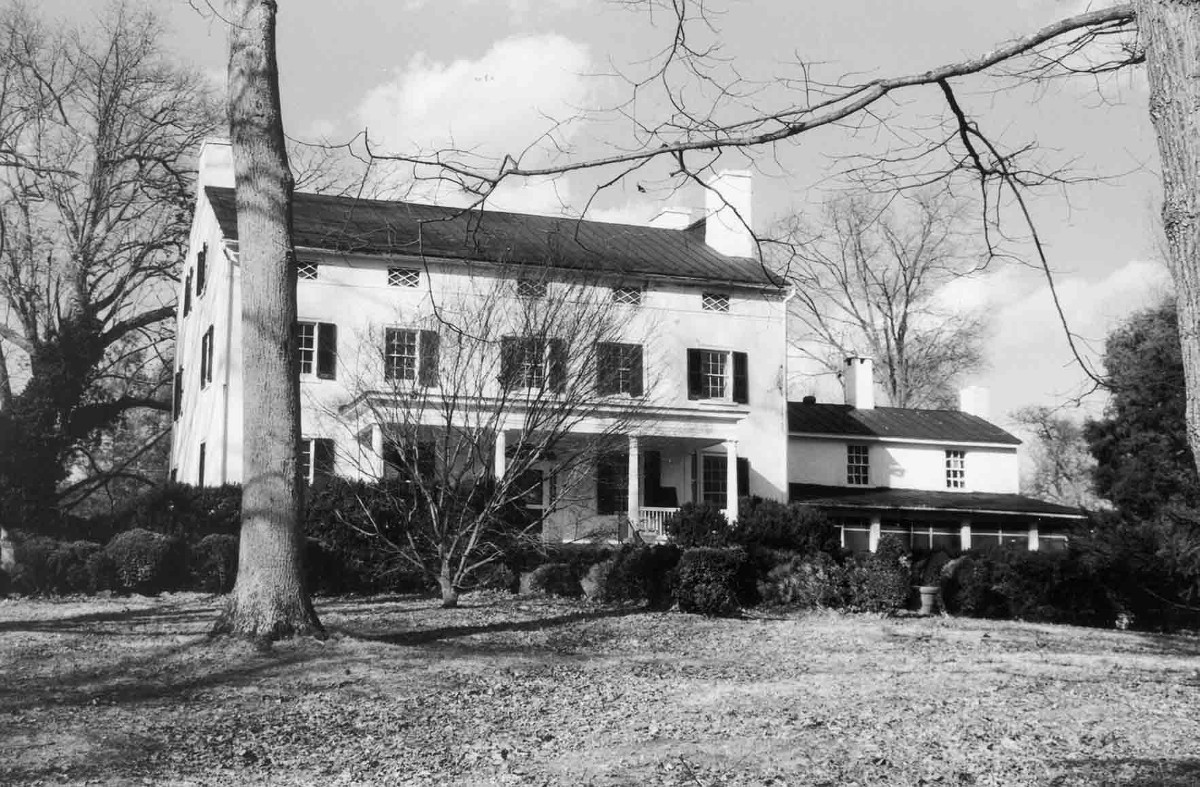 Oakham Farm dates to around 1790, its earliest construction date. The 100-acre property at Oakham Farm features a ca. 1847 Greek Revival residence with later incorporated Classical Revival elements, and a 1927 addition designed by the Richmond architectural firm of Baskervill & Lambert. The estate also contains and array of 19th- and 20th-century domestic and agricultural outbuildings. It illustrates social and economic changes in Loudoun County from its antebellum slavery-based agriculture through to an early 20th-century gentrification that emerged with the arrival of wealthy Northerners who had a passion for the Virginia hunt country. Oakham Farm is also significant for its association with Col. John Singleton Mosby, who initiated the Confederate guerrilla group Mosby’s Rangers in Oakham’s parlor during the Civil War. A legendary cavalry unit during the war, it is commemorated today by the Mosby Heritage Area, Virginia’s first such designated heritage area. Oakham’s former owner Eugenia Fairfax, who died in 1966, was an early preservation leader in the county, and left her mark on the house when she oversaw its extensive Classical Revival renovations in 1927.