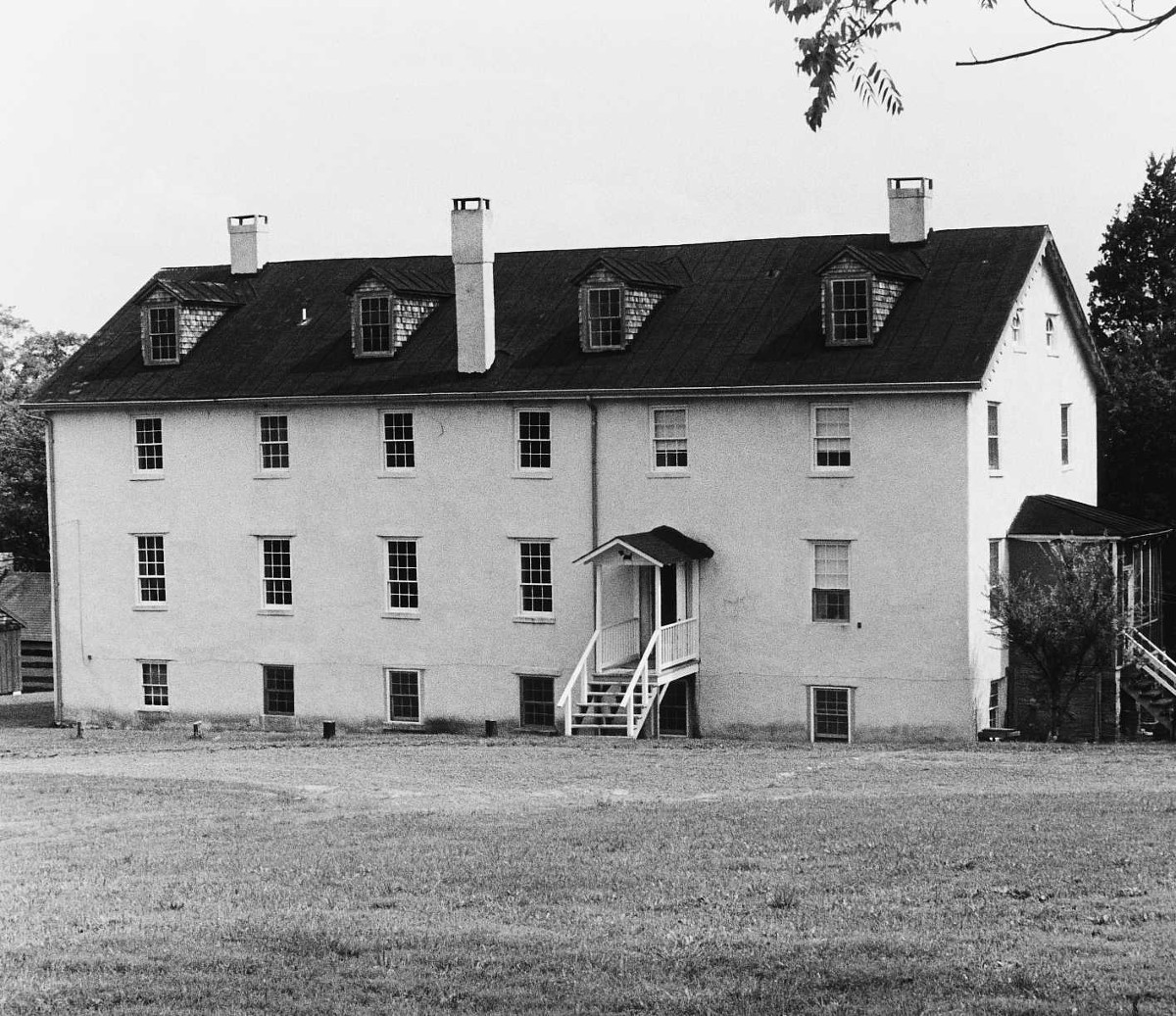 The Loudoun County Agricultural Institute and Chemical Academy erected this large but plain building ca. 1854 for its Institute Farm, the first agricultural school in the Commonwealth and one of the first schools of scientific agronomy in the United States. The institute was a precursor for the agricultural colleges that would be established under federal auspices with the passage of the Morrill Act in 1862. From the late 18th century, Loudoun’s citizens had pioneered in agricultural experimentation, and the school’s founders included a number of larger landholders and agriculturalists. Despite its pioneering aspirations, the school failed to thrive and folded in 1860. Since 1916 it has been the headquarters of the National Beagle Club of America. Facing the Institute building is a series of rustic log cabins built to house the club’s members during the annual beagle field trials.