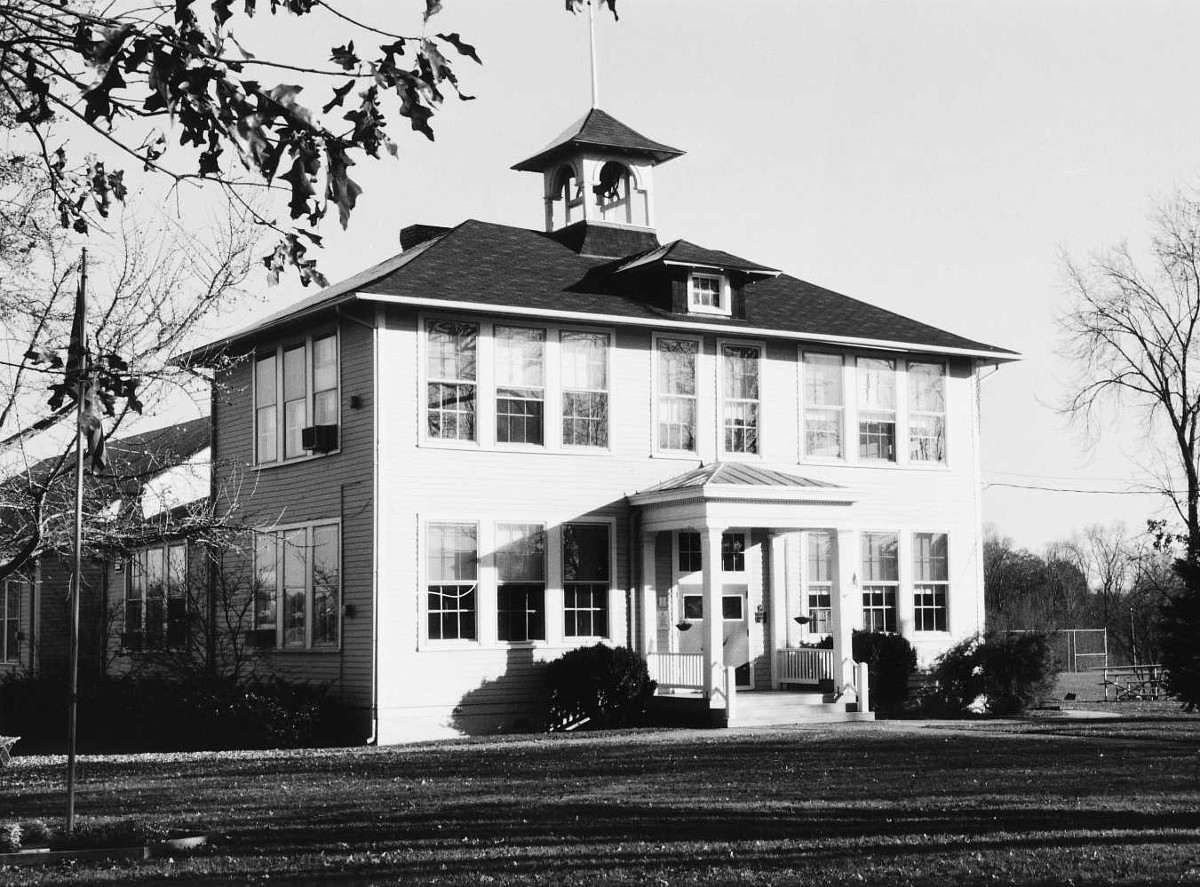 A relic of simpler times, this little-altered elementary school is the principal landmark of Lucketts, a farming community in the heart of the Catoctin Rural Historic District that is steadily witnessing suburban encroachment. Built in 1913, the weatherboarded structure originally had four classrooms with no electricity or indoor plumbing. Although lacking modern utilities, the building was not without architectural dignity. With its regular facade and belfry, its design conformed to those published in architectural plan books of the early 1900s. The building was expanded in 1919 and again in 1929 when an auditorium wing was added. The interior retains many early fittings including wooden wainscoting, embossed metal ceilings, slate blackboards, and a flexible wooden room divider. The school closed in 1972. A focus of local preservation interests, the building was converted to a community center. Since 1981 it has been operated by the Loudoun County Department of Parks, Recreation, and Community Services.