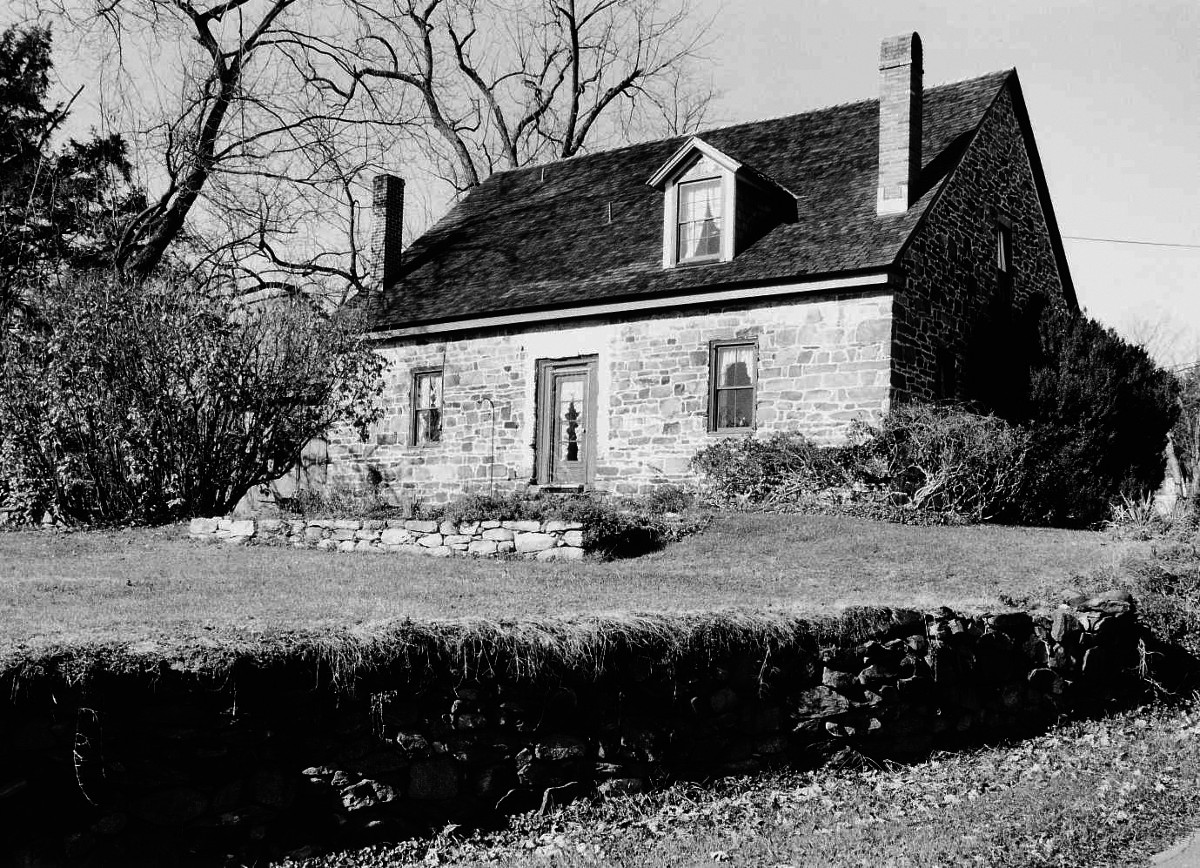 This group of three buildings in the village of Lincoln illustrates the continuity of the Quaker tradition in Northern Virginia. The 1765 stone meetinghouse, now a residence, is the state’s second oldest Friends’ meetinghouse. Its successor, an 1817 brick structure across the road, remains in regular use by its meeting. This latter building originally had two stories, but following windstorm damage in 1944, it was rebuilt as a one-story building. On the meetinghouse grounds is the Oak Dale School, an 1815 one-room brick structure, now used for First Day school. Also nearby is the Quaker burying ground. The Goose Creek Meeting was organized ca. 1750 under the leadership of Jacob Janney of Bucks County, Pa. The group first met in a log building erected at the place in the woods where Janney’s wife, Hannah, held regular private devotions.