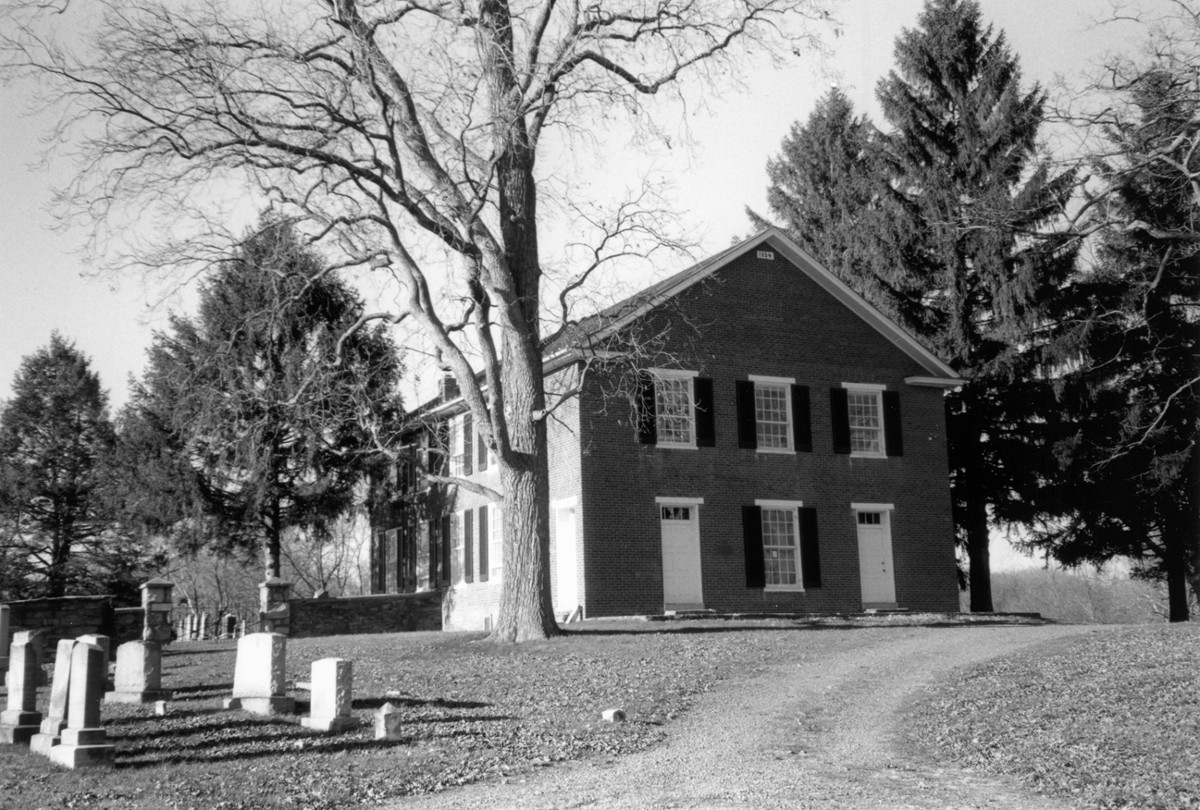 Built in 1854, Ketoctin Baptist Church is believed to be the fourth meetinghouse constructed on the site in western Loudoun County. Similar to other meetinghouses built by Baptist congregations in the surrounding communities and across Virginia during the early to mid–19th century, the single-story, Greek Revival-style, brick building laid in five-course American bond sits on a low native fieldstone foundation and is topped by a front-gable roof with deep cornice returns. Besides retaining much of its original fabric, the interior boasts a trompe l’oeil mural painting, a seemingly three-dimensional painting that creates the illusion of an apse at the western end of the building. Attributed to local artist Lucien Whiting Powell (1846–1930), it is the focal point of the sanctuary. A cemetery that contains graves of Revolutionary War and Civil War soldiers is on the church’s north and west sides, the earliest gravestone dating to 1777.