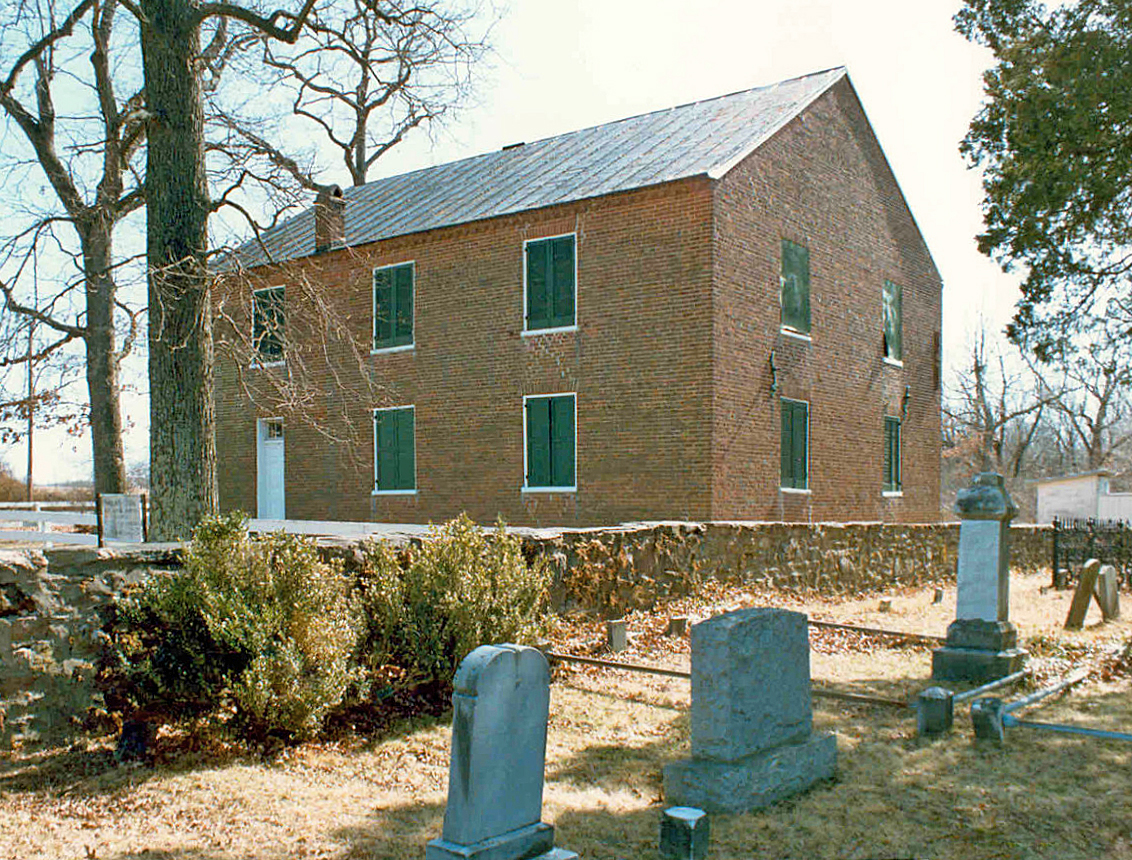 Mount Zion Old School Baptist Church is significant for its historic architecture, and military and religious history. The large brick church was built in 1851 for an Old School Primitive Baptist congregation in Loudoun County. The church symbolizes important Baptist religious history, specifically the evolution of the Primitive Baptist movement. The austere architecture matched the wishes of a congregation that strove for simplicity and religious purism. The sharp-lined building features high quality brickwork, such as jack arches, and a corbeled cornice. The interior retains its pews and 19th-century altar as well as a fine column-supported gallery. The church was the site of a large skirmish between Colonel John Mosby’s Rangers and Union General Major William H. Forbes’s 13th New York and the 2nd Massachusetts cavalries. Two companies of the California Battalion were included in the Union force, the only Californians to fight in the war. Mosby’s forces prevailed. The listed property also includes a cemetery with 200 burials (seven Confederate soldiers were interred here) and a stranded section of the Carolina Road.