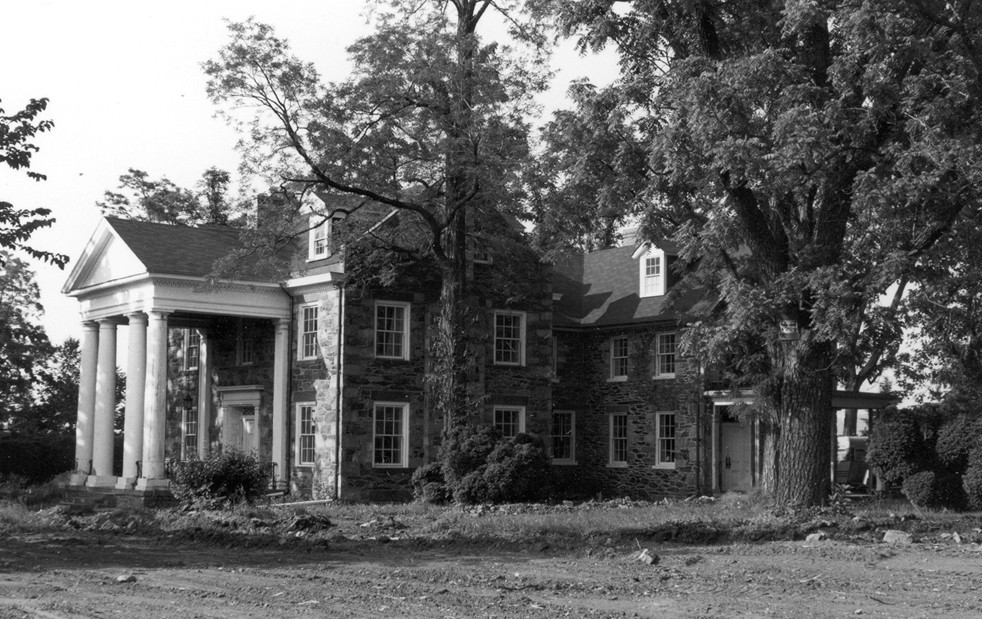 Woodgrove, located near the foothills of the Blue Ridge Mountains, is an excellent example of a late 18th-century vernacular dwelling that evolved into a Neoclassical showplace over a period of 125 years. The original section of the present stone dwelling house was built for Abner Osburn, a wealthy landowner. The house’s form and con materials reflect the wealth and building customs of the second generation of Loudoun County families of German and Scots-Irish descent that first settled the region. Subsequent owners made two major additions to Woodgrove, transforming it into an elegant stone house with a prominent portico. These changes were the result of the farm’s conversion from a wheat-producing operation to a large, successful dairy farm at the turn of the 20th century.