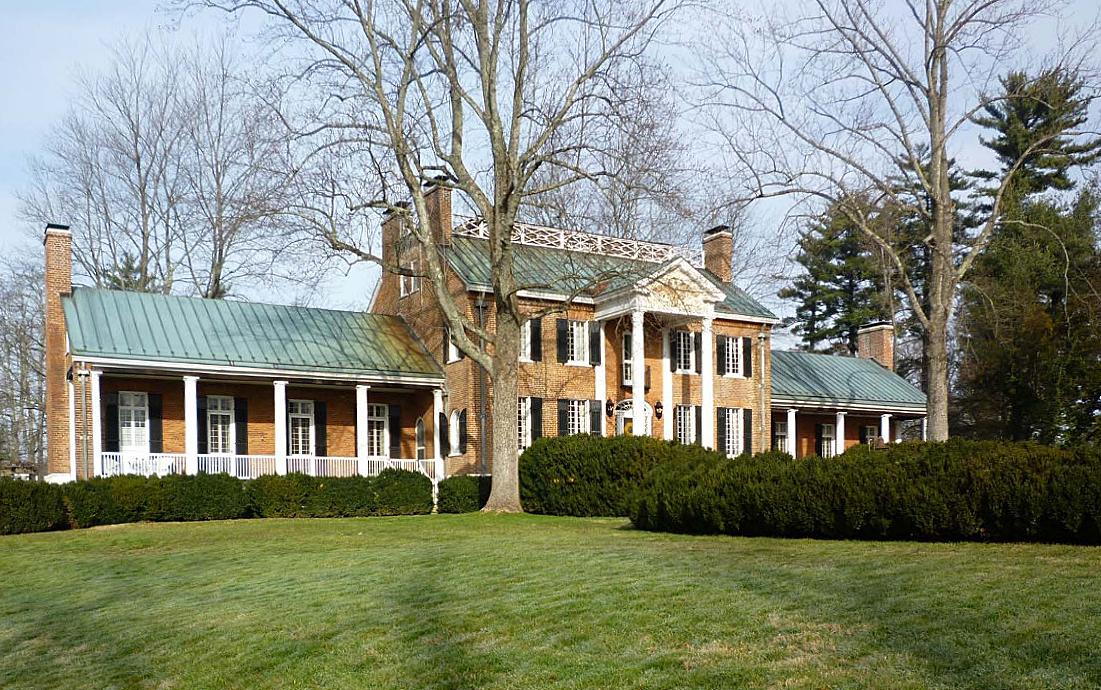 Huntland, an estate covering about 400 acres in Loudoun County, was once devoted primarily to foxhunting, a sport that reinvigorated the economy of the region in the early-20th century. The property was purchased in the early-20th century by wealthy New Yorker Joseph B. Thomas. He converted and enlarged a stately brick country dwelling dating to 1830 into a Colonial Revival-style masterpiece. He also enhanced the grounds with gates, walls, and terraced gardens that are reminiscent of English manor estates and designed Huntland’s state-of-the-art kennels and horse stables. By the mid-20th-century, when it was owned by two wealthy Texans, Huntland became a retreat for notable Washington dignitaries including then-Senator—and later U.S. President—Lyndon B. Johnson. In 1962, Huntland was also the site of secret international negotiations that resulted in a treaty between Indonesia, the Netherlands and the United Nations centering on the future of New Guinea. The property also includes a springhouse, smokehouse, and a guest cottage, all constructed around 1834 and early-20th-century resources that include secondary dwellings, a dairy barn with attached silos and a corncrib, a milking parlor, five sheds, a garage, a pump house, and a cistern.