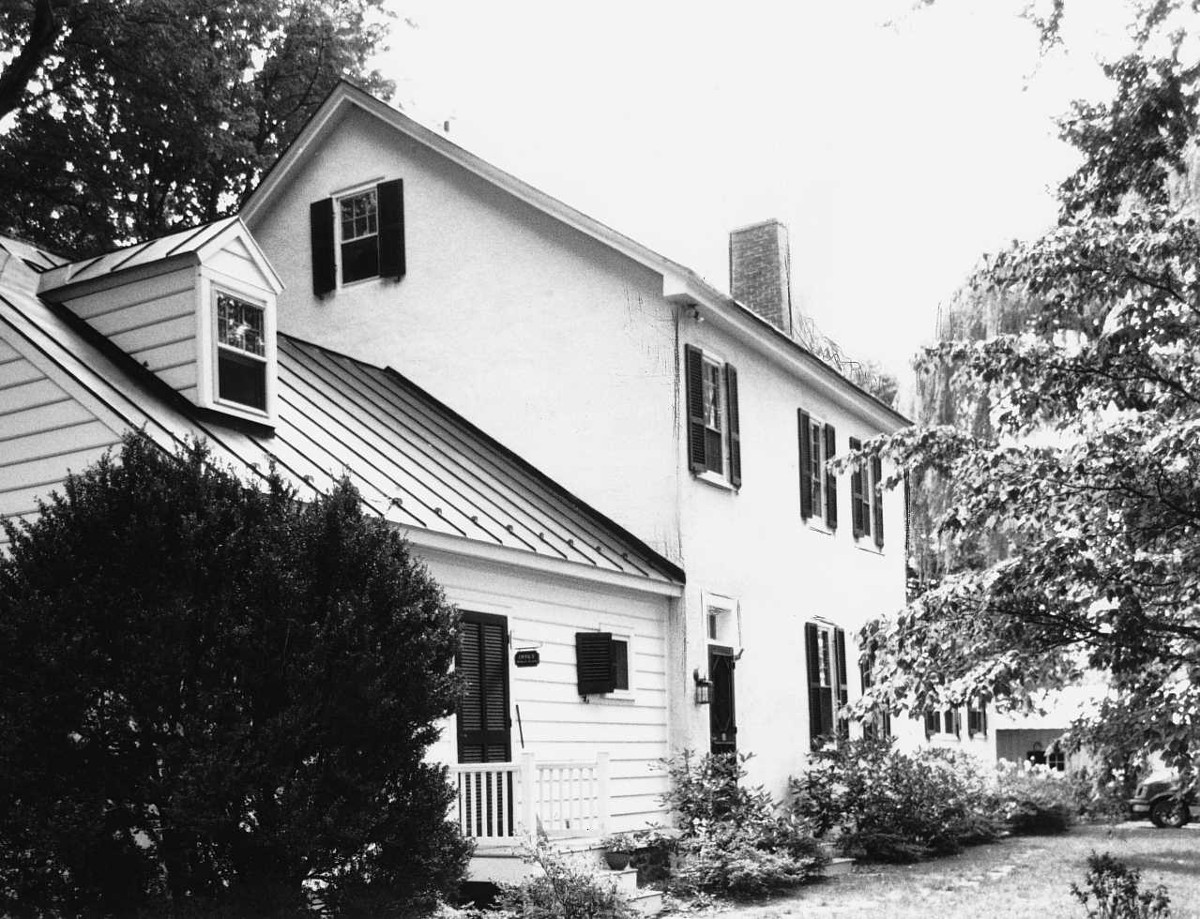 Originally called Peggy’s Green, Fleetwood Farm was the home of William Ellzey from 1761 until his death in 1795. A lawyer and businessman, Ellzey also participated in the Revolution by signing the 1774 Loudoun County Resolves for Independence. The date of the house is uncertain; it likely was built by Ellzey following his purchase of the property although it has been claimed that it was built by the Rev. Charles Green, the previous owner. The house originally was a basic side-passage dwelling sheathed in weatherboards. The interior details, however, particularly the stair balustrade and parlor paneling, exhibit parallels to Tidewater Georgian design. The house was stuccoed during the course of alterations undertaken around 1940. A wing was added to the east end in 1984 balancing an early wing opposite. Near the house are an early fieldstone springhouse and smokehouse.