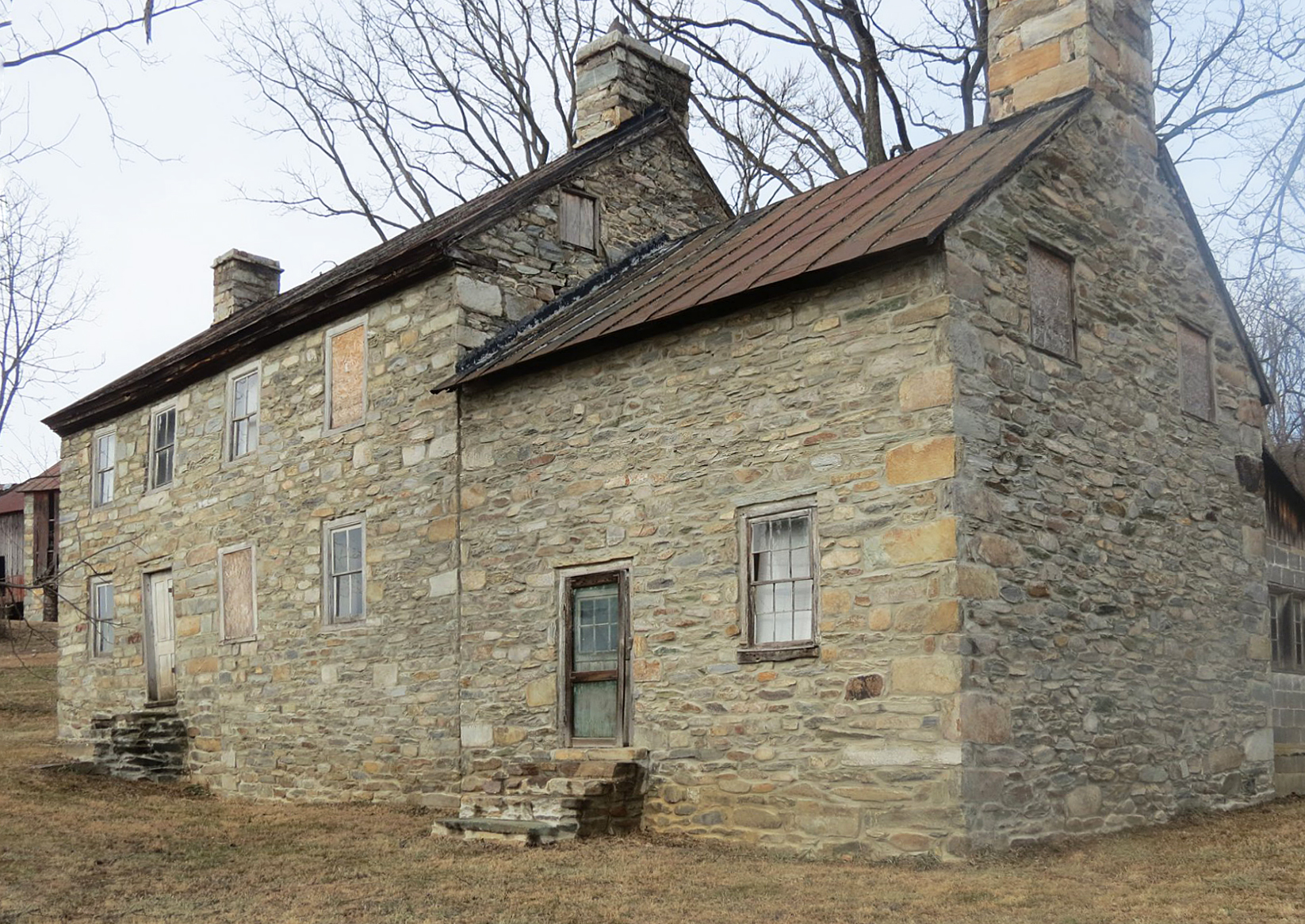 In Northern Virginia’s Loudoun County, James Farm, located west of the village of Hillsboro, serves as a local example of vernacular building construction and materials. The original circa 1786, two-story, single-pile one-room-plan dwelling was expanded around 1835 into a hall-parlor plan with a one-and-one-half-story lateral addition; in the early 1900s, it expanded again with a kitchen addition. The dwelling’s detailing displays vernacular derivations of the Federal and Greek Revival styles that were popular during the 19th century. The presence of multiple intact and contributing agricultural dependencies, and a second residence, a Colonial Revival farmhouse built around 1920, illustrate the evolution of a working Virginia farm across more than a century, beginning with the modest original stone dwelling and ending with the larger, modern Colonial Revival dwelling.