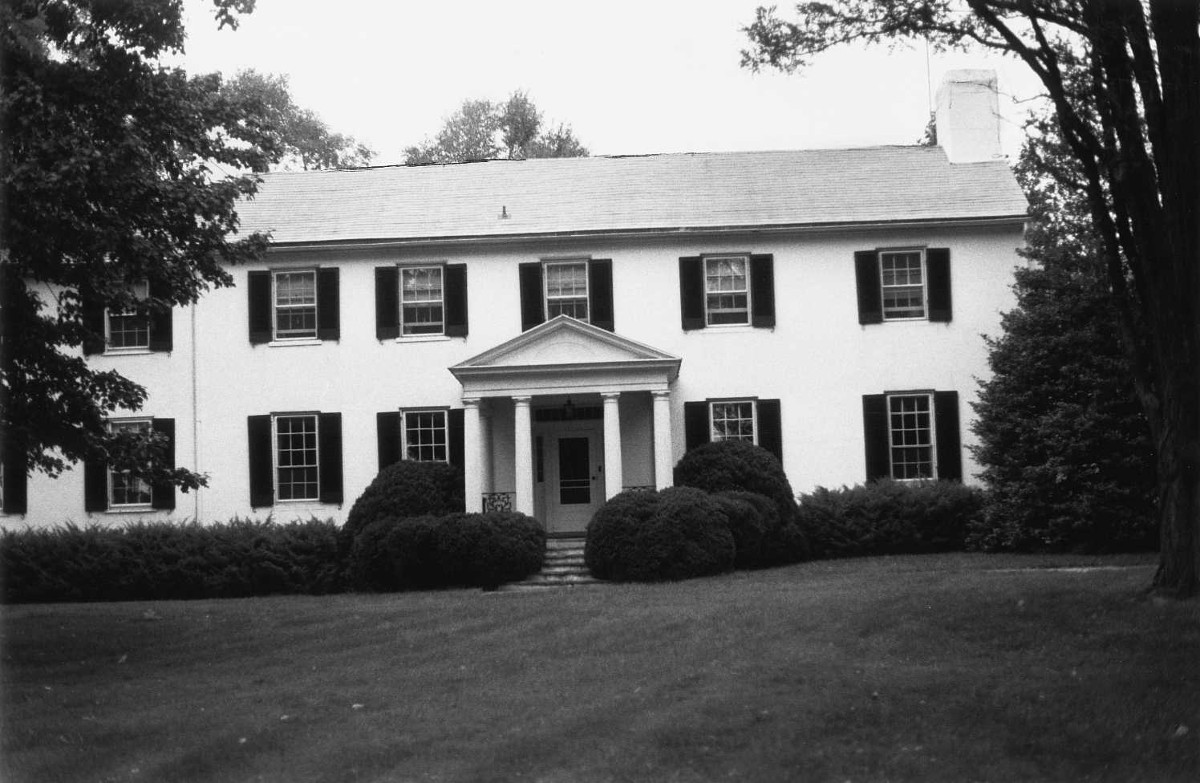 The inimitable organic quality of historic farmsteads is well-exhibited at Cleremont, a picturesque grouping in the famed countryside of the Upperville area. The property was purchased in 1761 by William Rust of Westmoreland County who presumably built the original simple stone cottage shortly afterward. The earliest part of the present main dwelling house, a two-bay stone structure, was built by Rust’s son George Rust around 1820. It was soon expanded by a three-bay log and frame section. A two-story log wing was added in the 1870s and smaller wings came later. Since stuccoed, the exterior gives no hint of its mixed materials. On the grounds is a stone kitchen outbuilding. Most of the original farm buildings were burned during the Civil War. The present appearance of the house dates from a 1940 renovation, reputedly by architect William A. Dew of Middleburg.