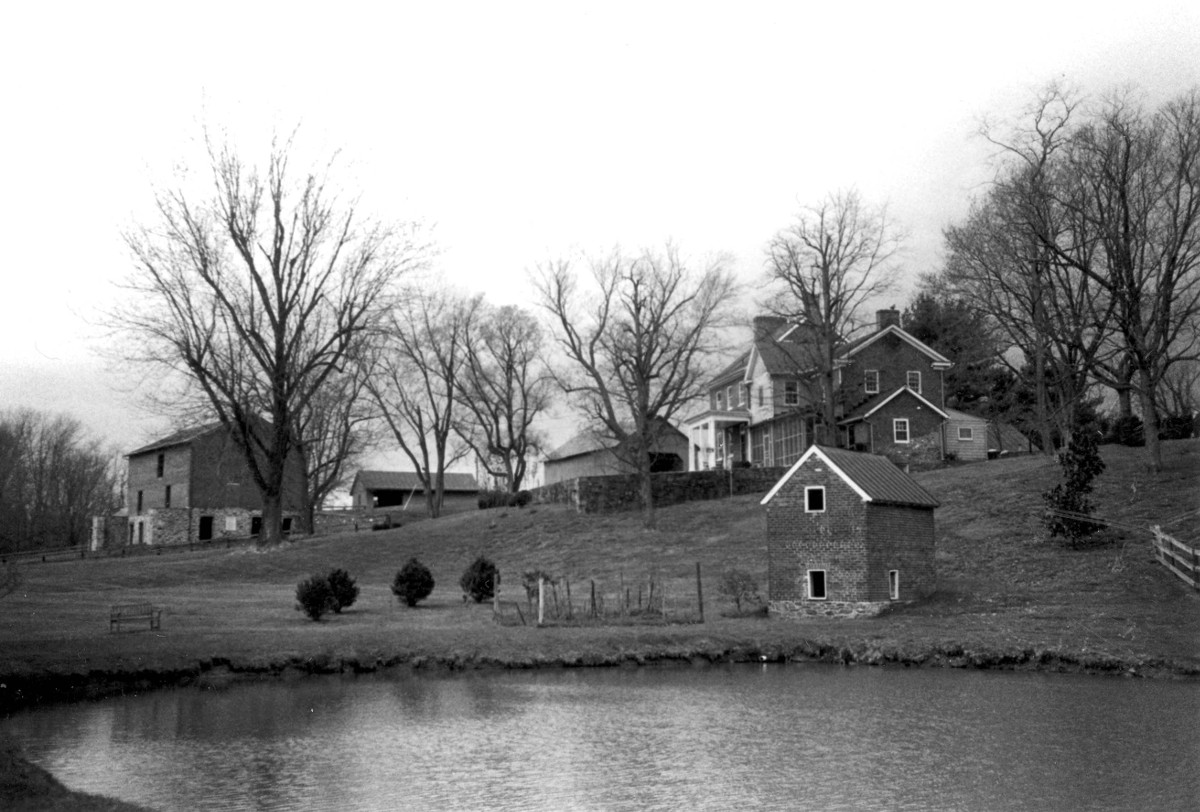 The William Smith House is located two miles north of the village of Hamilton. A fine example of a Federal-style brick farmhouse, it is a two-story, three-bay, side-hall-plan, gable-roofed structure with a front elevation of brick laid in Flemish Bond. Constructed between 1813 and 1820 for William Smith, a prominent Quaker farmer in the community, it is an excellent example of the substantial, quietly stylish dwellings erected by prosperous Quaker farmers in western Loudoun County during the early 19th century. Like others of his faith, Smith owned no slaves but maintained his relatively small holdings through his own labor and that of his family and hired hands. The house was the center of a 212-acre farm that remained intact in Smith family ownership for 115 years and continues to be farmed today. The property includes a notable large brick barn with ventilation holes arranged in a diamond pattern and an unusually fine two-story brick springhouse, both dating from around 1813.