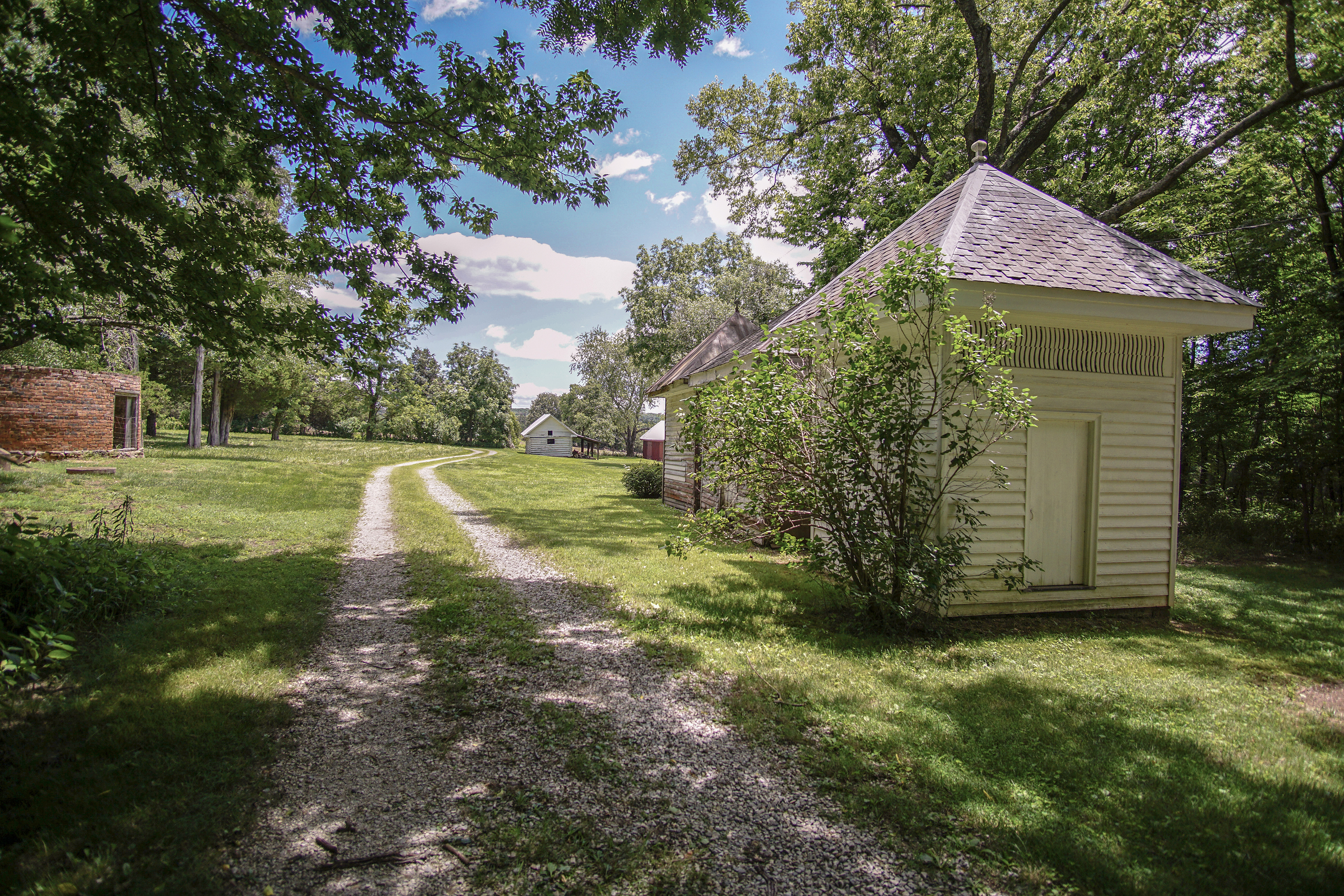 Established as a plantation circa 1790, Edgewood, in Nelson County, was part of the extensive Cabell family land holdings acquired during the latter 18th and early 19th centuries, totaling 58,000 acres in Goochland, Amherst, Nelson, and Buckingham counties. Although Edgewood’s main house burned in 1955, today’s 65-acre property near the James River includes the ruins of the main house; the circa-1820 Tucker Cottage; an 18th-century dovecote, dairy, and smokehouse; an early-19th-century icehouse and corncrib; a mid-19th-century barn; a cemetery, and later buildings including a circa-1940 tenant house that appears to have been constructed on the foundation of a slave quarters. The property, which remains in the Cabell family, is associated with Joseph Carrington Cabell, a delegate to Virginia’s General Assembly, and one of the primary organizers of the University of Virginia. Edgewood is also associated with the once-thriving town of Warminster, an early port for shipping tobacco via bateaux, platted in 1788 on 20 acres of Cabell-owned land along the James River near the mouth of Swan Creek.