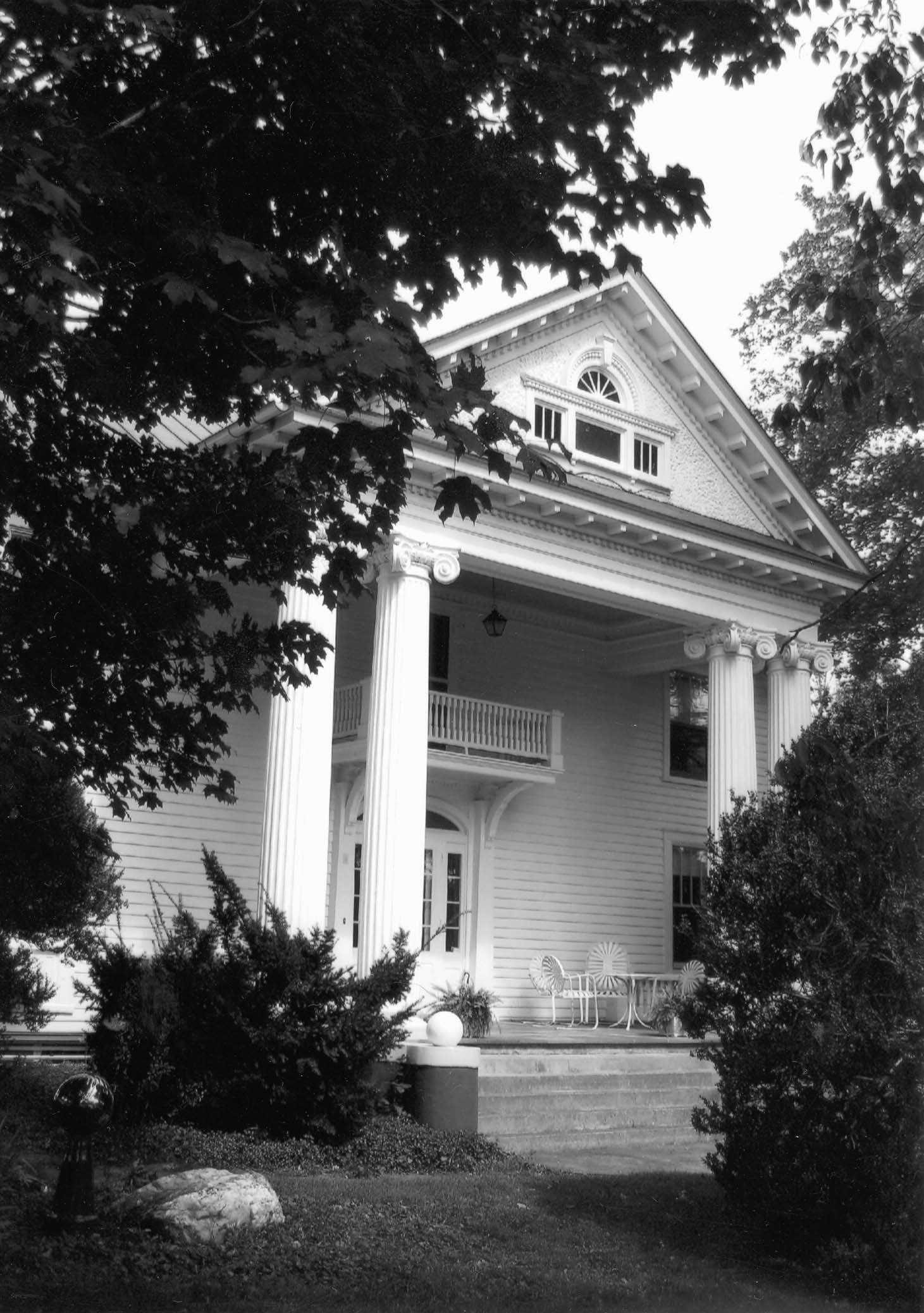 The original portion of Nelson County’s Elk Hill was built between 1790 and 1810, but what appears today as a two-story house with a central hall is the result of a series of 19th-century additions and a major 1902 remodeling. The exact appearance of the original house is unknown, but it was probably one-story with end chimneys and an asymmetrical hall-parlor plan. A major Greek Revival renovation took place circa 1825, but the current appearance, including the grand entrance portico, was introduced in 1902. The architectural evolution of the house, reflecting increasing prosperity and changing trends in design and technology, is mirrored by the rich agricultural resources on the 138 acres, including an 18th-century smoke house and tobacco barn, 19th-century chicken house, outhouse, and crib barn, and early 20th-century garages. There are also ruins and foundations of other 18th-and 19th-century buildings, lending potential archaeological significance. One of the earliest extant farms in Nelson County, Elk Hill is an excellent example of regional agricultural and architectural evolution.