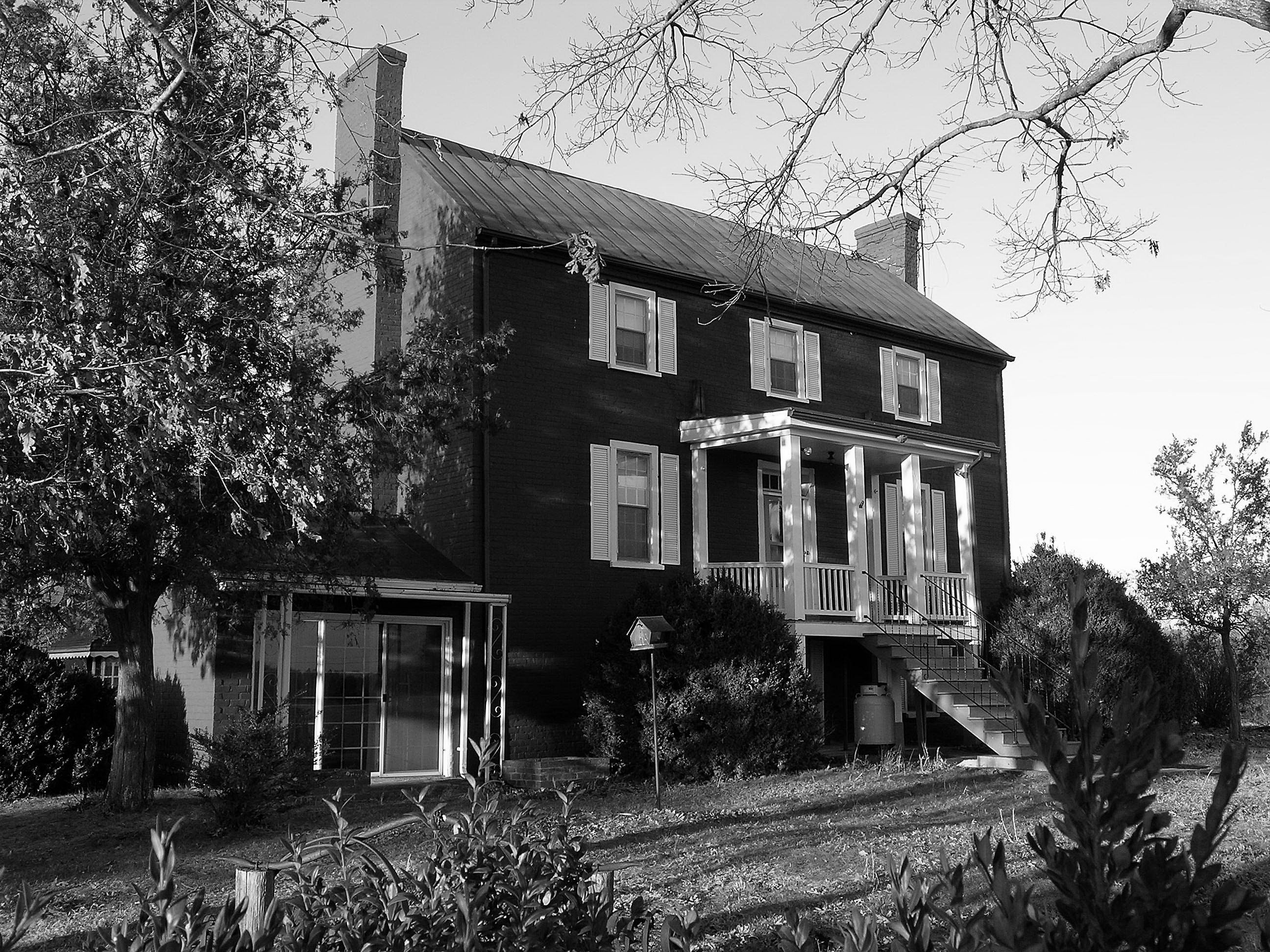 Situated on U. S. Route 29 in Nelson County about four miles south of Lovingston, Oakland, circa 1838, is an example of an early-19th-century ordinary or tavern, originally sited on a national stage route that linked Washington, D.C. to Lynchburg and other destinations to the south and southwest. Set prominently on a small hill and mixing Federal and Greek Revival styles, the simple house, with an English basement, was known as Mitchell’s Brick House Tavern. Offering lodging, food and beverage, and livery, it operated from 1838 to approximately 1850. The house today, essentially unchanged since that era, evokes how travelers were accommodated and entertained during the 1840s. After the advent of the James River canal and a railroad in Nelson County, the ordinary was sold to a prominent and wealthy physician, Dr. Arthur Hopkins, who named his gentleman’s plantation “Oakland.” The Civil War soon ended Oakland’s elegant pretensions; without slaves and unable to pay taxes, Hopkins’s heirs sold the property to William H. Goodwin in 1872. Thereafter, it remained in the Goodwin and Coco families, a working farmhouse until its purchase, along with 11.63 acres, by the Nelson County Historical Society in the summer of 2004.