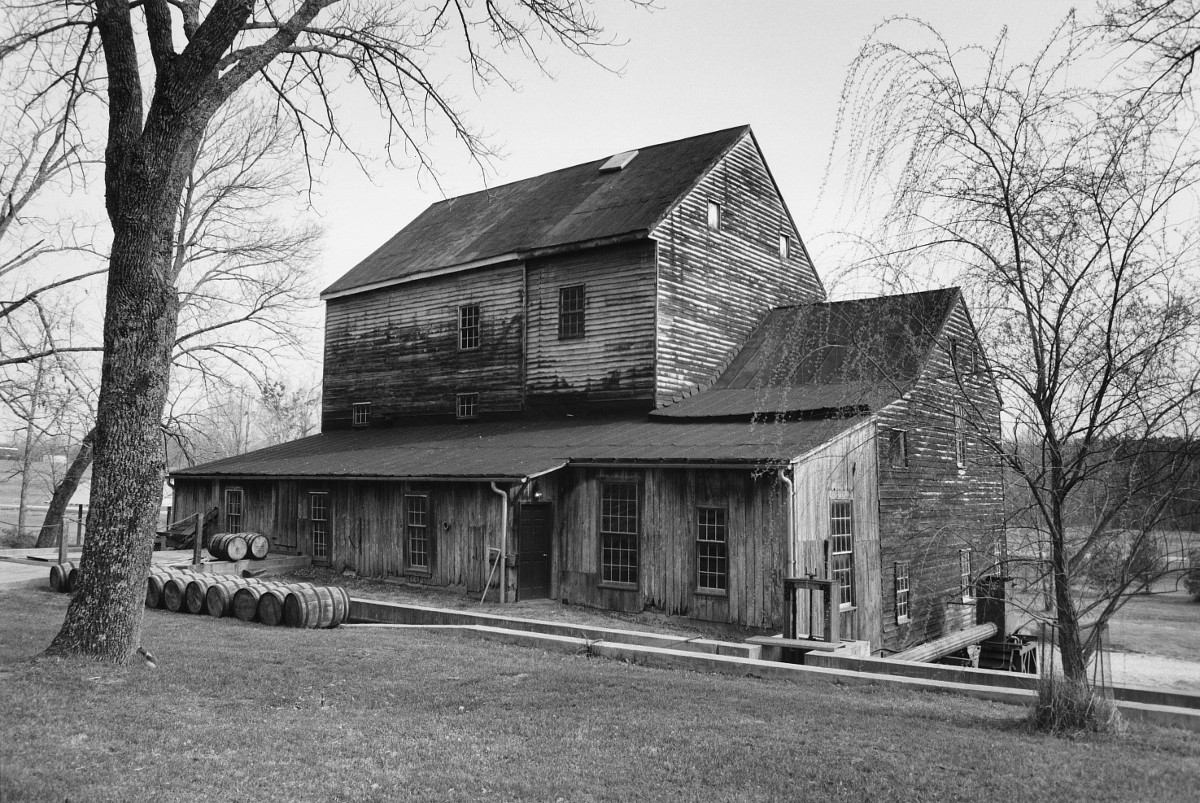 A mill was first erected here in 1794 by Guilford Campbell. It was largely rebuilt around 1845 by the Fulcher family. Further alterations were made after the Civil War by Nathan Taliaferro. For over a century, Woodson’s Mill remained an important feature of the countryside, providing essential service to a small agricultural community. In 1900, Dr. Julian B. Woodson, a local physical, orchardist, and state legislator, purchased the mill and added patent roller mills alongside the existing millstones, producing fine white flour that was shipped throughout the region. For the first half of the 20th century, Woodson’s Mill was not only a gristmill but operated as a cider press, ice plant, blacksmith shop, and sawmill. Restored in 1983, this remarkably intact example of a water-powered, post-and-beam gristmill, is again in regular operation and has become a tourist attraction.