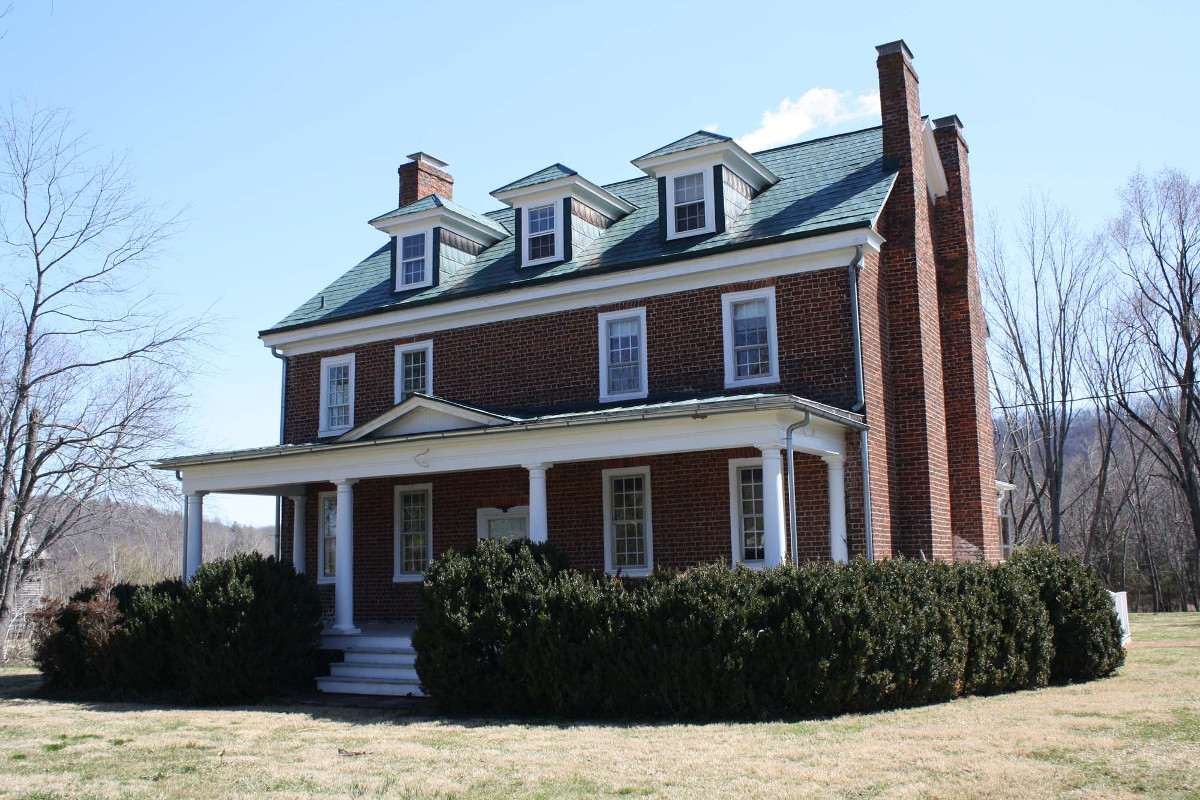 Three Chimneys, constructed around 1795 for Major James Woods, is one of the earliest extant brick houses in Nelson County, and an excellent example of a late-Georgian style dwelling. It features an unusual floor plan, and one of the most elaborate chimney pieces in the area. The property also has several outbuildings including an original kitchen constructed of brick. In 1915, new owners added Classical Revival features to the house, resulting in a finely-blended architectural hybrid.