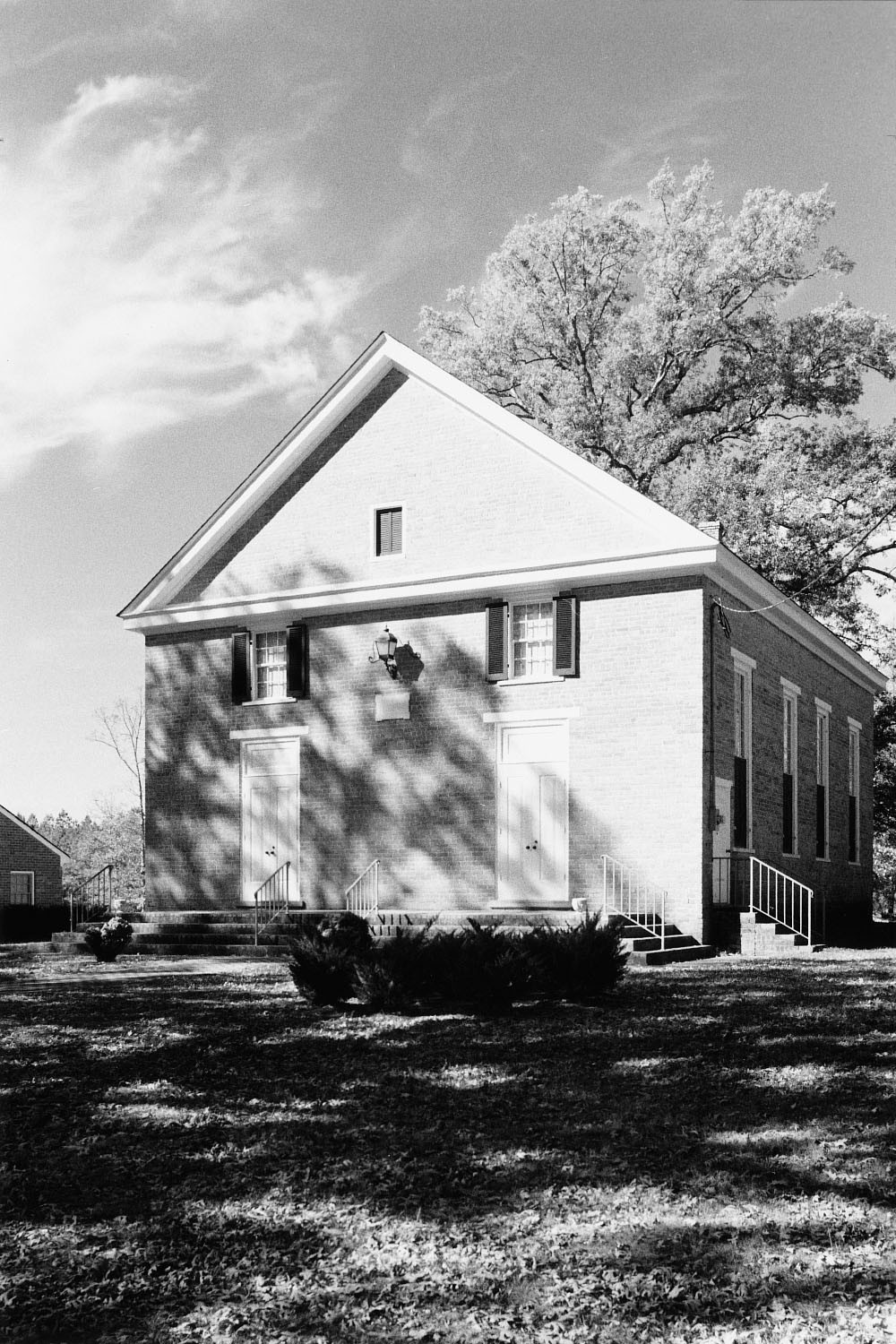 The continuity of this Tidewater Baptist congregation is embodied in its country Greek Revival church, a plain but well-crafted expression of the dignity and moral authority of proven forms. The congregation was formed in Charles City County in 1776 and prospered in the Second Great Awakening, a movement that spurred the growth of America’s Protestant denominations. Expanding membership of the Emmaus congregation led to the construction of the present building in 1849 to replace a frame meetinghouse. William Clopton, a lay preacher from 1804 to 1816, was the first of three generations of Cloptons to serve the church and inspire its growth. Membership peaked at 516 in 1860, and included both African Americans and whites. Little changed since its construction, the church is marked by its two entrances opening onto the two aisles inside, an arrangement typical of country Protestant churches.