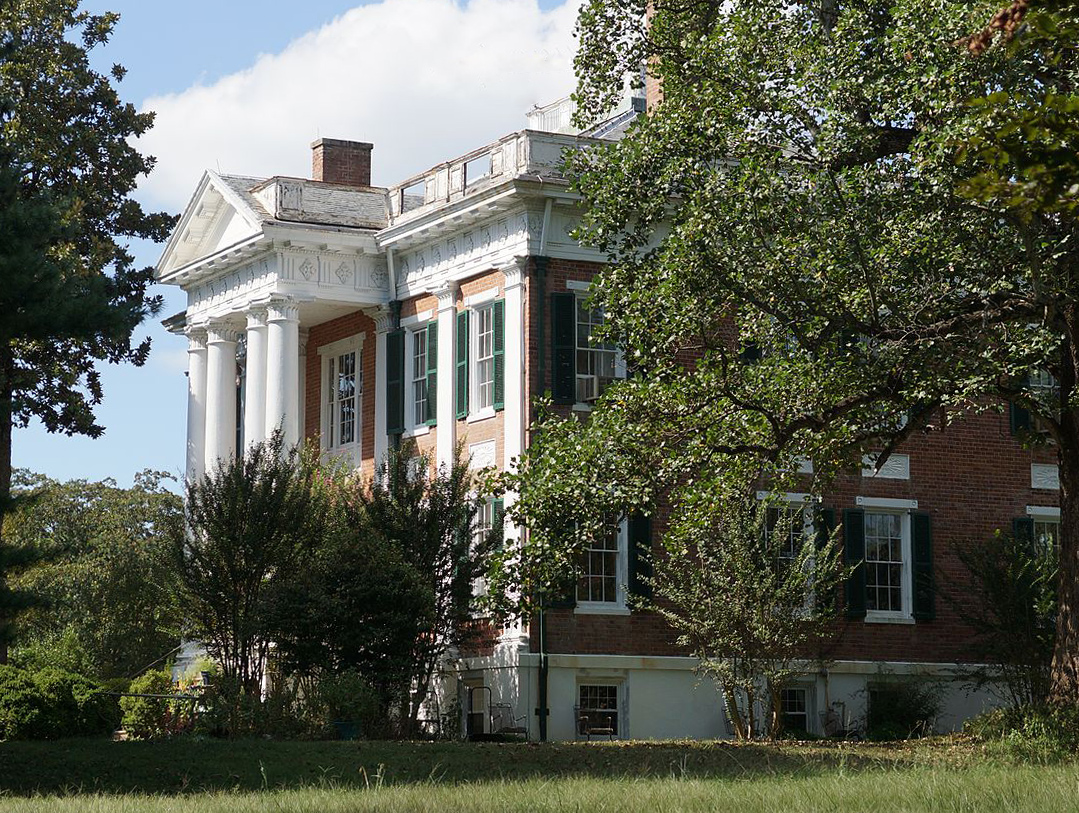 Hampstead was built ca. 1825 for the planter Conrade Webb. The full drama of the Federal style is played out in this strongly architectural mansion, one of the state’s most ambitious and accomplished works of the period. All features of the house—the delicate classical detailing, the monumental proportions, and the beautiful masonry and joinery—exude superior quality. Dominating the interior is a flying circular stair winding from basement to attic and separated from the hall by a screen of columns. Hampstead’s designer has not been identified, but the house has many parallels to works by John Holden Greene of Providence, Rhode Island. As in several of Greene’s buildings, much of Hampstead’s detailing follows illustrations in Asher Benjamin’s American Builder’s Companion (1806). Conrade Webb attended Brown University and could well have sought assistance from Providence’s leading architect to carry out such a singular undertaking.