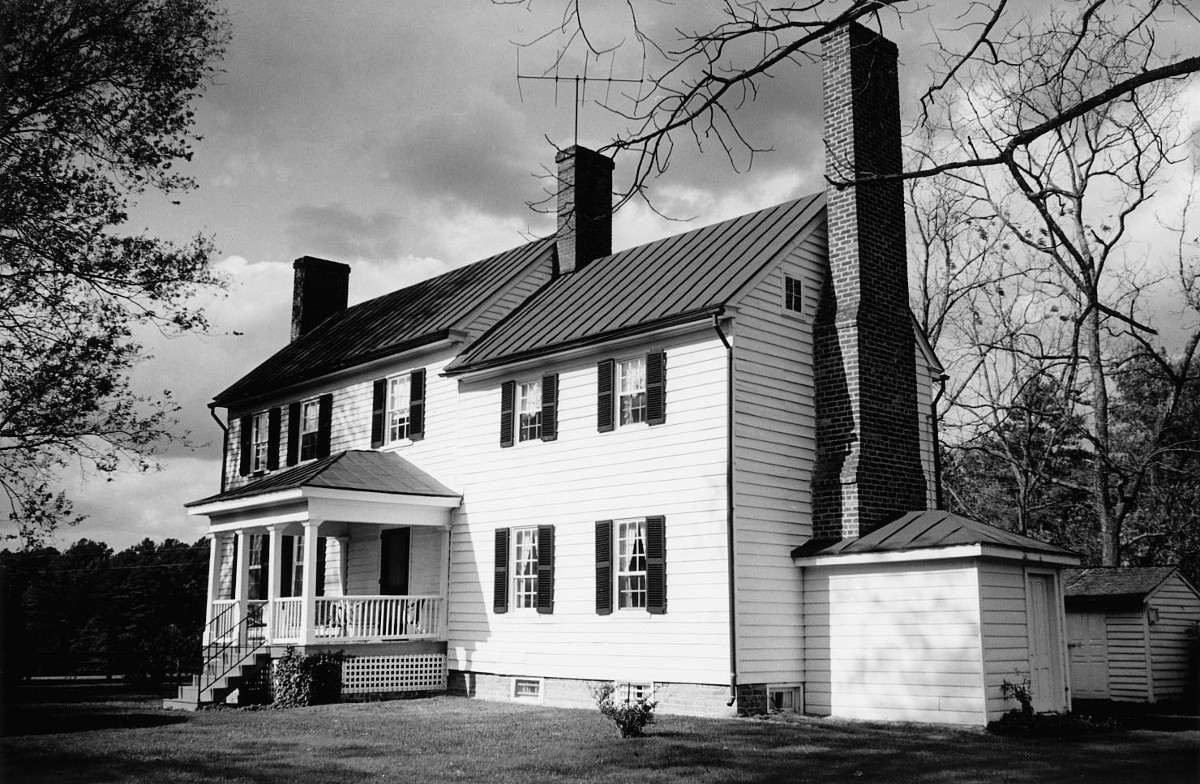 Marl Hill is named for its deposits of marl, a clayey substance containing calcium carbonate used to fertilize soil deficient in lime. The fields surrounding the house were once the scene of marl mining. The property was settled before 1700 by Thomas Jackson who in that year sold an acre of land for the construction of nearby St. Peter’s Church. The earliest and smaller part of the present house was built in the third quarter of the 18th century by the Crump family. It is characteristic of the compact but well-built dwellings occupied by many respectable landowners of the period, a contrast to the makeshift hovels of the poorer classes. To this was added the larger side-passage-plan section in 1825, a typical example of country Federal architecture. The original portion has an unusual series of aligned paneled closet doors on the second floor.