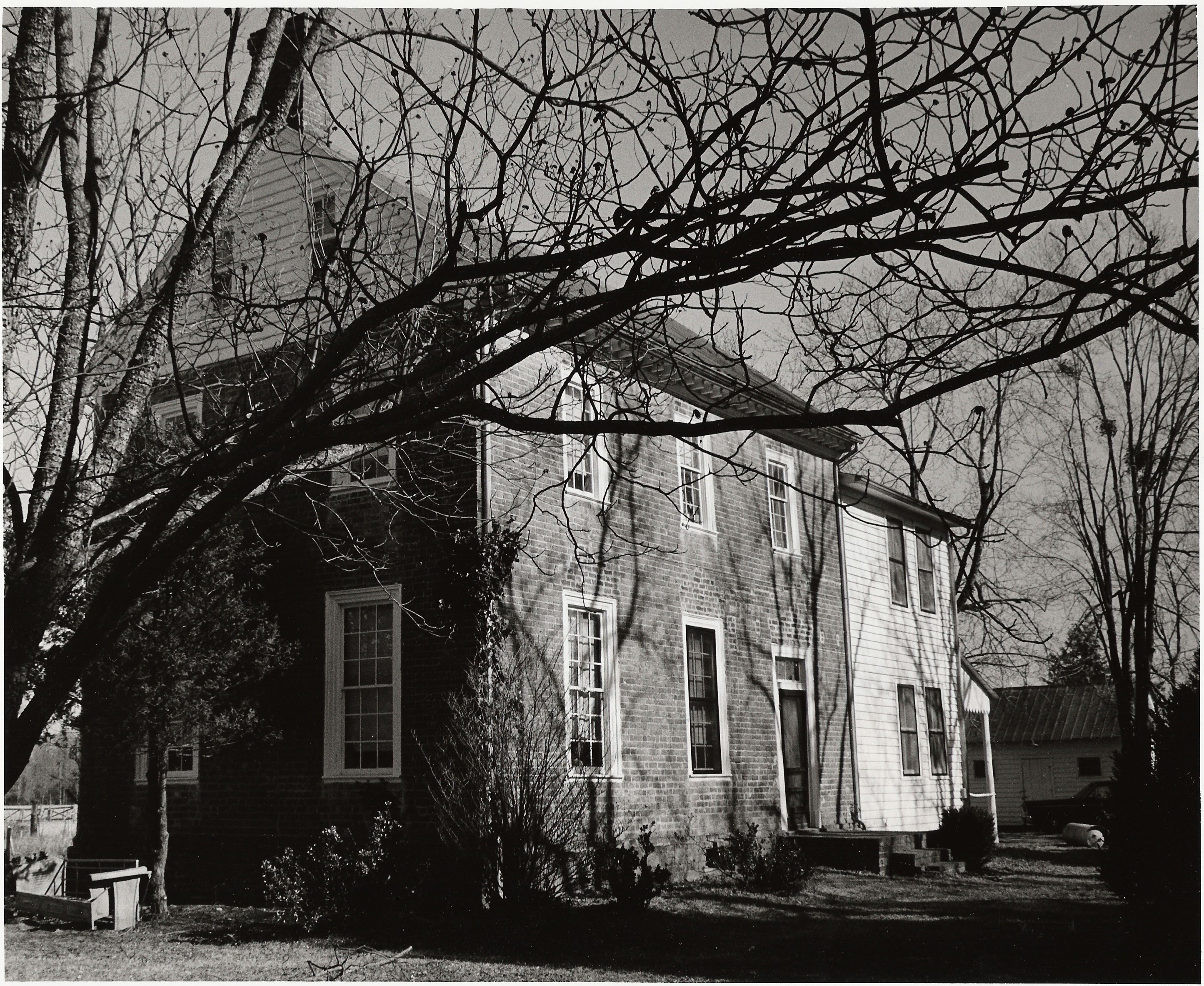 This inland New Kent farm was acquired in 1789 by Robert Christian, who represented the county in the General Assembly. The present house, erected for Christian ca. 1810 as an addition to an 18th-century farmhouse, is a rural adaptation of the Richmond town house. Like its urban counterparts, the house has a side-passage plan and its facade employs Flemish-bond brickwork and a modillion cornice. Also, like many Richmond town houses, Cedar Grove had stuccoed lintels, but they have been filled in with modern brickwork. Christian’s daughter Letitia, born at Cedar Grove in the earlier house, was the first wife of President John Tyler. She died in the White House in 1842 and was buried in the Cedar Grove cemetery. The original frame section was replaced by the present wing in 1916.