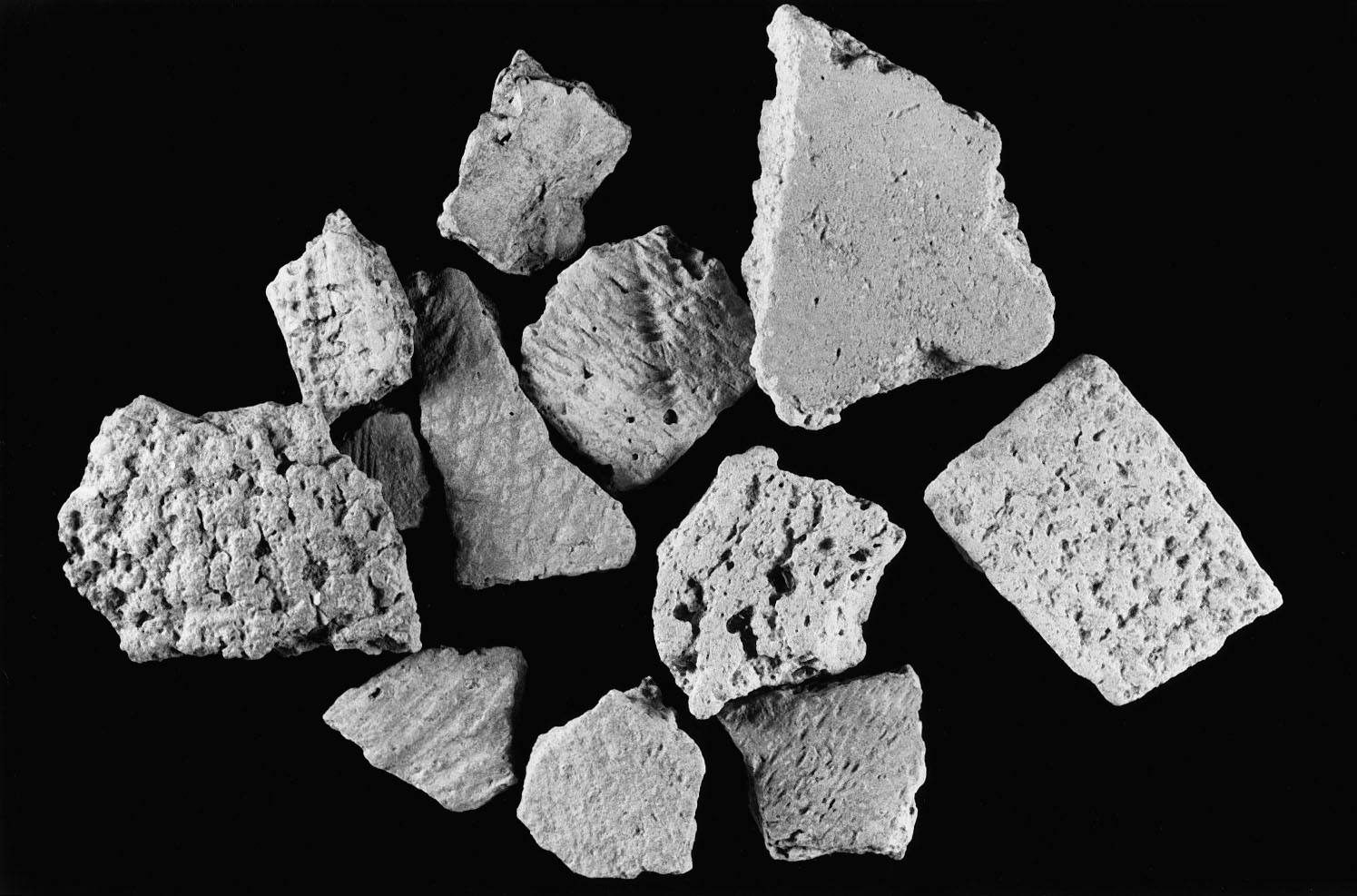 During his exploration of the Chickahominy River in 1607, Capt. John Smith observed the Indian village of Moysonec, sited, as he noted, “where a better seat for a town cannot be desired.” The exact site of this Late Woodland period village was identified in the course of a 1967-1971 survey of the region conducted by the College of William and Mary’s Department of Anthropology. Artifacts revealed evidence of Indian occupancy from as early as the Archaic period, or 7000-6000 B.C. Shown are fragments of knotted net impressed ceramics of the Middle Woodland period (500 B.C.-A.D. 900) found on the site. The undisturbed village site provides an opportunity for the study of aboriginal Virginians at the time of contact with European civilization, and could furnish information on house forms, tools, diets, and physical conditions of the village inhabitants.