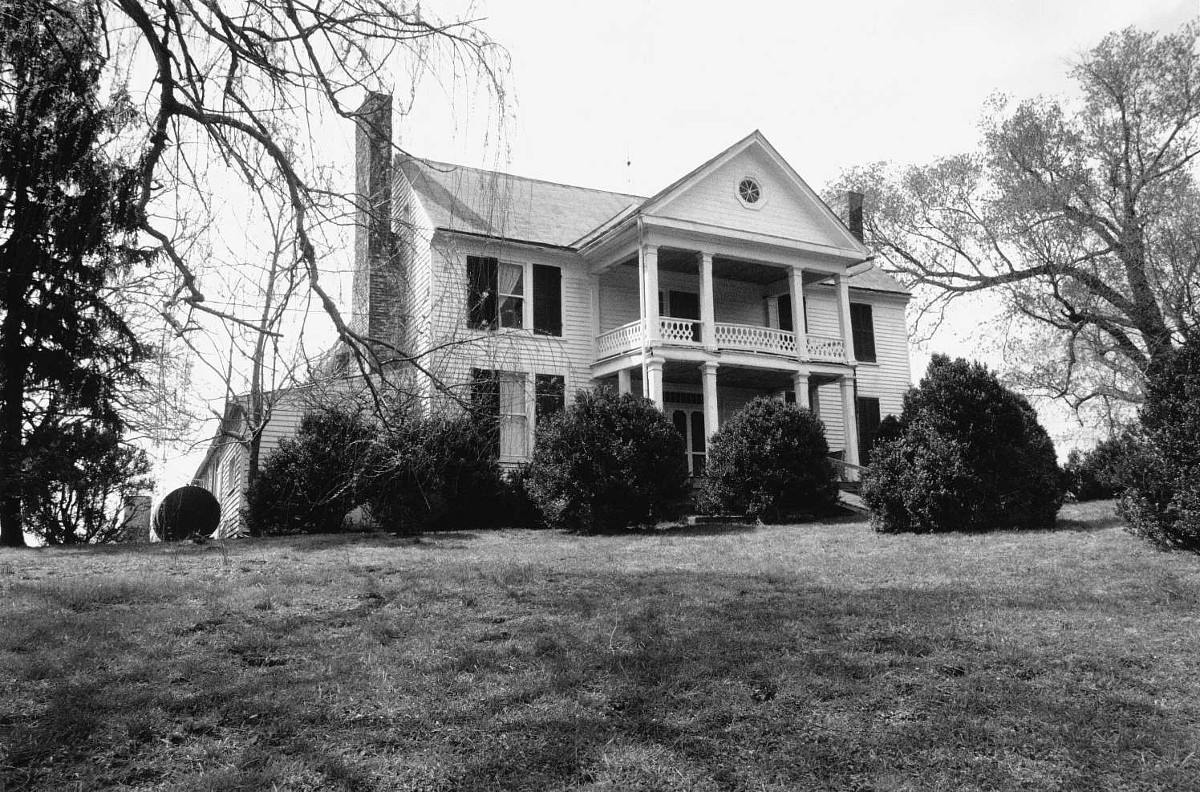 Developed around a sulphur spring, Orange Springs was one of Virginia’s few early spas east of the Blue Ridge. The therapeutic quality of its waters was noted as early as 1793 when James Madison, Sr., father of the president, wrote that after bathing in and drinking the water, his wife was “restored to her former state of health.” In 1792 James Coleman applied for a license to operate a tavern “at the healing springs.” The existing house was built ca. 1793 as the main building of Coleman’s tavern complex. It was soon converted to a “House of Entertainment” with a dining room and “dancing room.” The spa complex eventually included a series of visitors’ cabins and operated until around 1850. President James Madison was one of its patrons. Since the spa’s closing, the old main building has served as a farm residence.