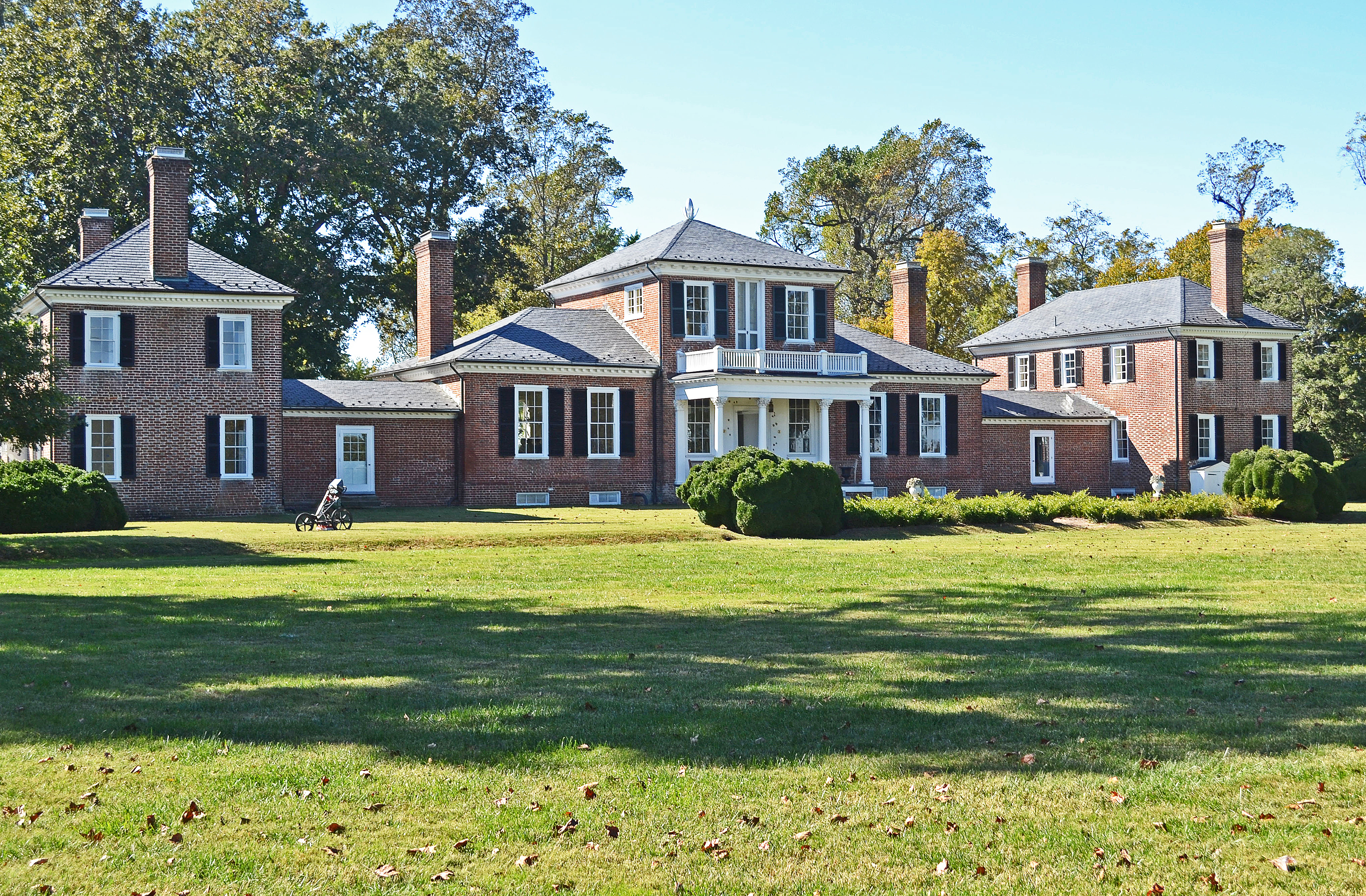 The influence of English interpretations of the villa designs of Andrea Palladio is handsomely demonstrated in Brandon, one of America’s most admired works of colonial architecture. Plate III of Robert Morris’s Select Architecture (1755), an English pattern book of Palladian-style designs, provided the direct inspiration for the distinctive seven-part composition. Brandon was built ca. 1765 by Nathaniel Harrison II as a wedding present for his son Benjamin. The first stories of Brandon’s terminal wings are earlier structures and were enlarged to fit the novel scheme. The hall was remodeled in the early-19th-century, when the present arcade and stair were installed. Brandon remained in the Harrison family until 1926 when it was purchased by Mr. and Mrs. Robert W. Daniel, who carefully restored the house and its formal gardens. The Prince George County property’s name comes from Martin’s Brandon, an early-17th-century patent here.