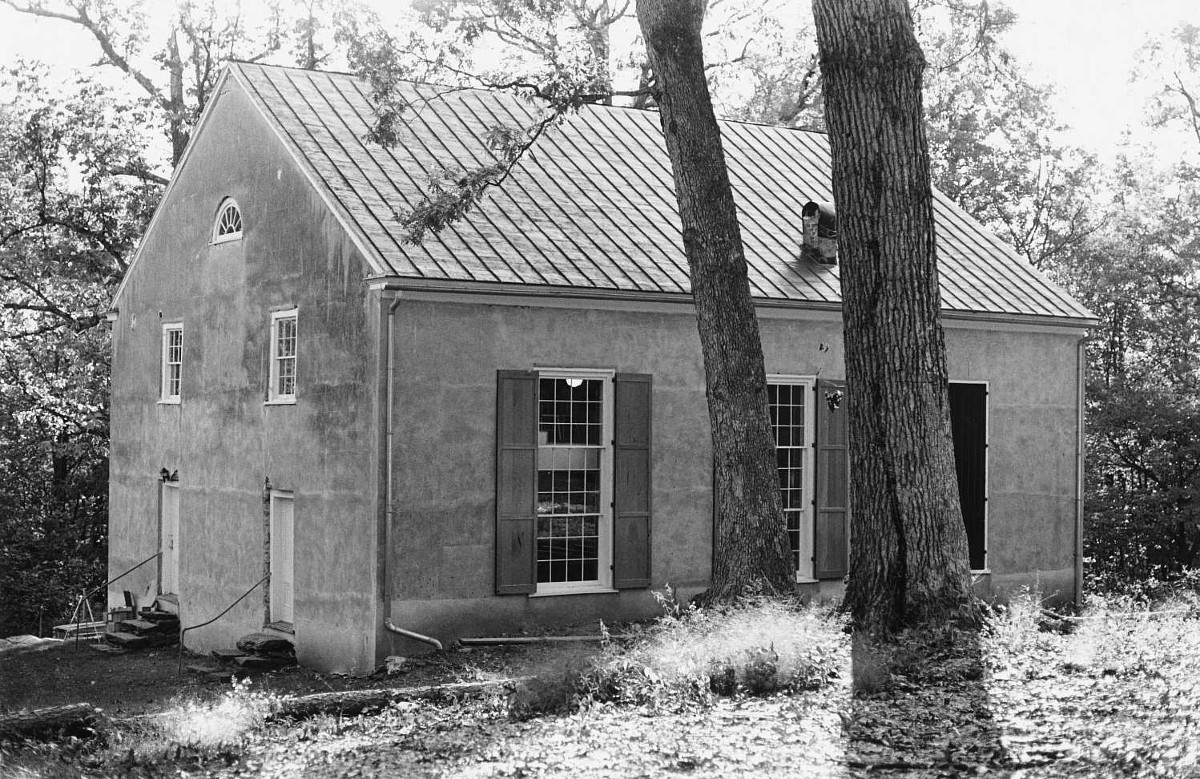 Although the Mount Salem Baptist congregation was organized in 1824, the present meetinghouse was not begun until March 1850. The congregation, which included both whites and African Americans on its first membership list, flourished for many years, remaining active until World War II. The remotely located house of worship survives unaltered from its original state, exhibiting mid-19th-century Virginia’s penchant for plainness in country church architecture. The stuccoed exterior is in a simplified Federal style, and the few details of the interior show the influence of Greek Revival pattern books. Its construction was supervised by Henry Miller, a local builder. The meetinghouse closed in 1942 but was restored in 1977. Revived regular services ceased in 1989 although the church continues to be maintained by its trustees.