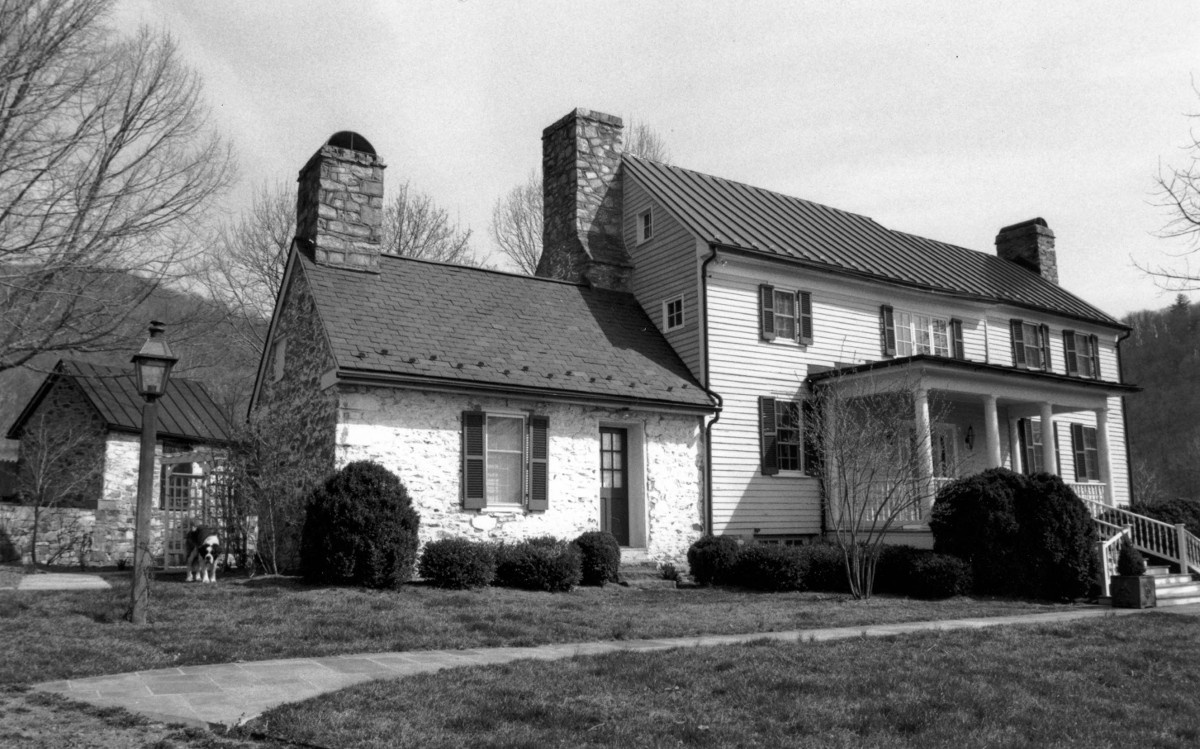 Consisting of 421 acres, Sunnyside is nestled against the Blue Ridge Mountains. Henry Miller purchased the property in 1780 and deeded it to his son in 1785. Between 1780 and 1996, Sunnyside remained in the Miller family and its descendents. In 1873, Charles Burrell Wood planted the county’s first commercial apple orchard at Sunnyside, and since then apples have been raised there commercially. Sunnyside features 18 historic and architecturally important agricultural and domestic structures, ranging from circa 1785 to 1940, including the main log house, which was constructed circa 1785 and enlarged with a stone kitchen wing circa 1800 and a side frame addition around 1850, a former slaves’ quarters made of stone, two smokehouses, a root cellar, chicken coop, springhouse, silo, workshop, and a shed; in addition, there are two cemeteries, the stone foundation of a house, and stone walls on the property. Construction of five secondary dwellings (circa 1850, 1870, 1890, 1920, and 1980) allowed for extended family members and tenant workers to remain on the farm, a common practice of farm stewardship in the 19th and early 20th centuries. Other existing buildings, erected during the mid- to late 20th century, were erected to support advancements made in fruit production.