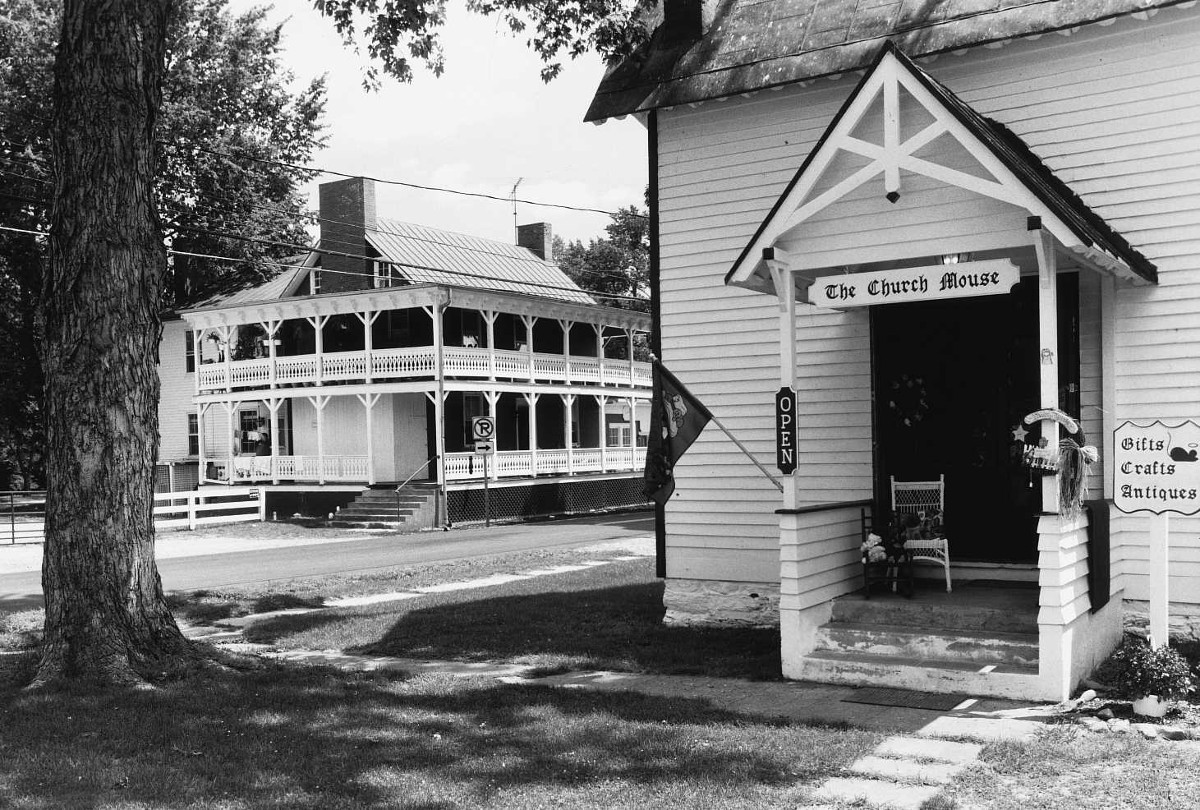 This upper Piedmont crossroads town has remained little changed since the 1920s. Laid out in 1820 by Francis Thornton, Jr. on a narrow level area between the Thornton River and the hills of the northern Blue Ridge Mountains, the village grew slowly until 1867 when the Smoot family of Alexandria established a tannery here. The resulting influx of workers led to the construction of many of the unadorned wooden residences still standing in Sperryville. Intermingled are postbellum houses influenced by the 19th-century Romantic Revival and a scattering of late-19th-century workers’ houses. In the center of the community is an early brick and frame tavern. Most of the district’s buildings line U.S. Route 522 and local Route 1001. An absence of significant modern intrusions has preserved the early village image of this quiet community.