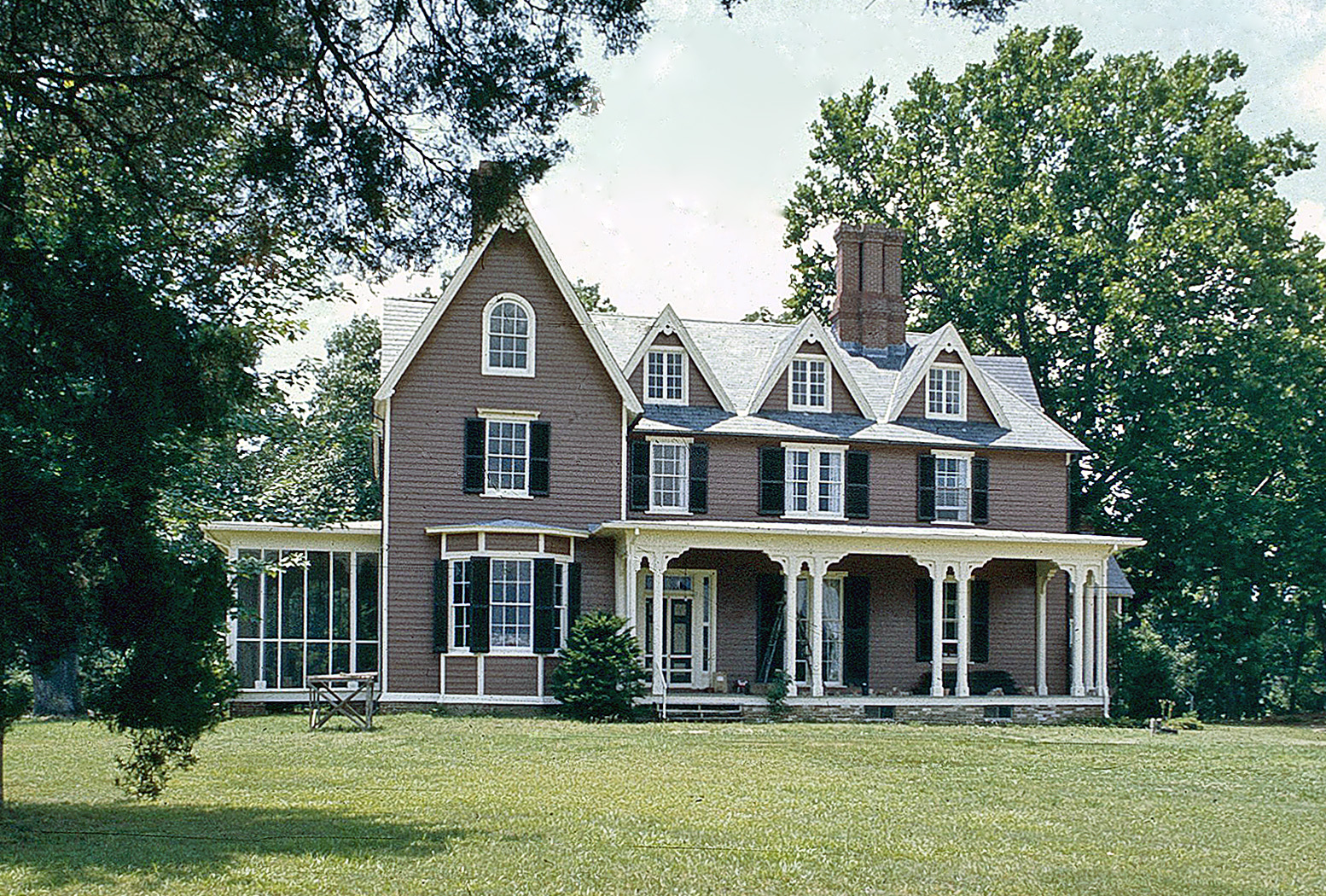 Roxbury’s 1861 Victorian villa in Westmoreland County was the home of Dabney Carr Wirt, a son of the jurist, statesman, and author William Wirt. The Gothic-style dwelling, with its asymmetrical plan, multi-gable roofline, and long veranda, closely parallels “Design XX” from A Villa Farm-House in the Bracketed Style,” published in Andrew Jackson Downing’s Architecture of Country Houses (1850), a design which Downing describes as intended for the country home of a farmer of wealth. Such houses are relatively common in the North but are rare in Virginia. No architect has been associated with Roxbury, suggesting that a talented local builder had access to Downing’s popular pattern book. Around the turn of the 20th century, Roxbury was the home of F.W. Alexander, who inaugurated the movement to acquire and restore Stratford Hall as a memorial to the Lee family. Since 1960 it has been owned by Ingleside Plantation, Inc.