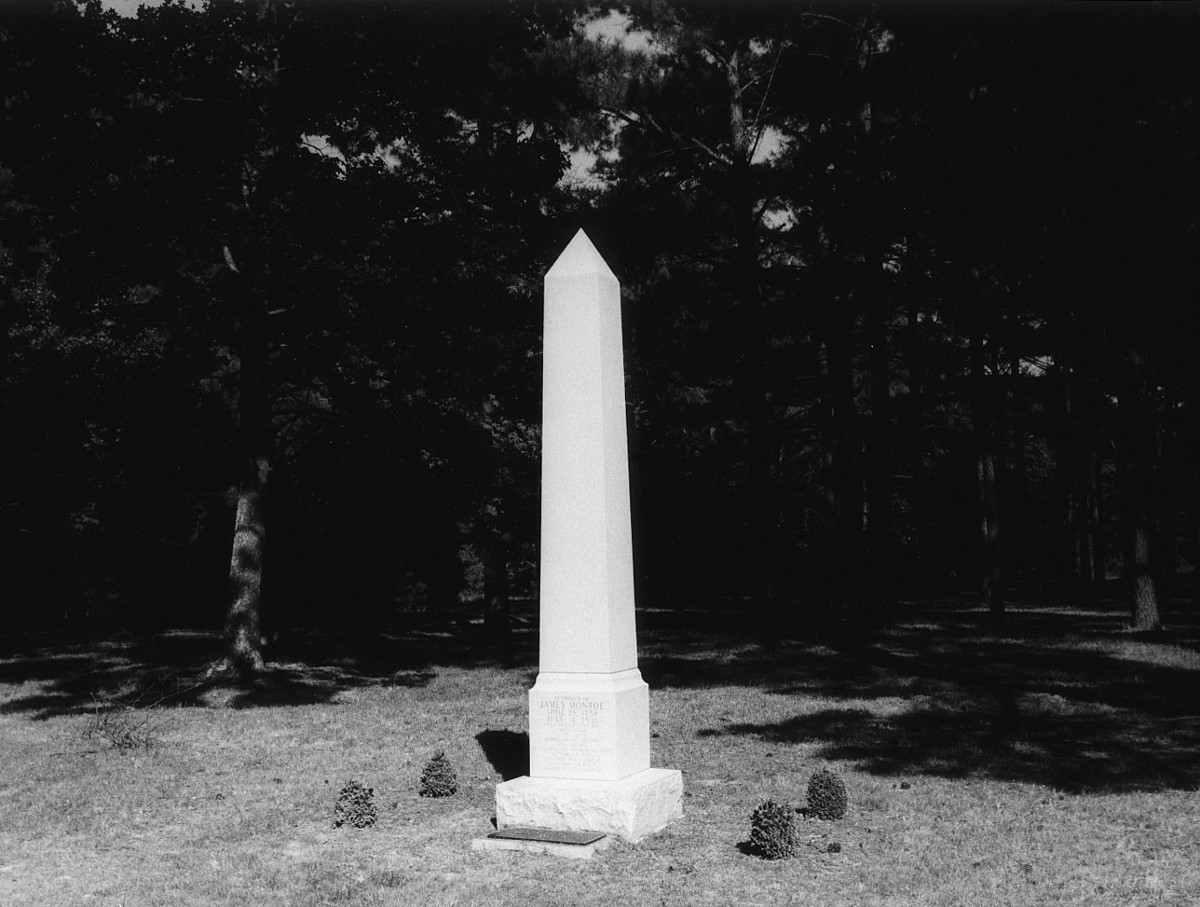 Now appearing only as an archaeological site, the James Monroe Birthplace is located in rural Westmoreland County near Colonial Beach. Built circa 1752 by James’s father, Spence Monroe, the house which once stood on the property had less than 1,600-square feet of floor space during the time James lived there with his parents and four siblings. James Monroe sold the family property in 1780. By the mid-19th century the building was no longer occupied, and perhaps completely destroyed. Although originally listed on the Virginia Landmarks Register and National Register of Historic Places in 1979, recent archaeological discoveries have caused this resource’s nomination to be reevaluated in light of the research potential available in the structural remains of the Monroe birthplace dwelling, as well as related features and activity areas. Such issues as plantation organization and master-slave relationships are among several areas of research that stand to benefit from further exploration of this site.