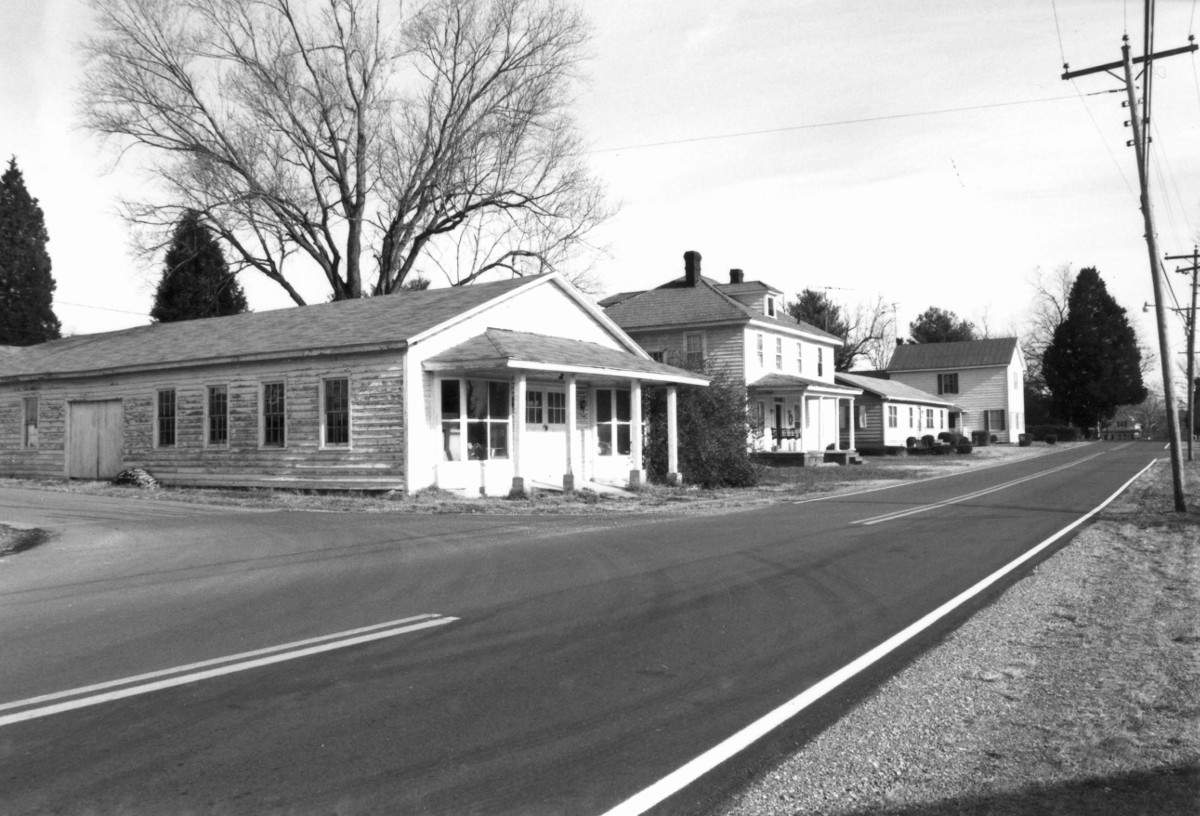 The Kinsale Historic District encompasses a collection of buildings and other resources that reveal this village’s development from the late 18th century through to modern times. Located at the eastern end of the Northern Neck, Kinsale arose at the head of a rare deepwater creek with direct access to the Chesapeake Bay. With a sheltered harbor, Kinsale enjoyed the trade of the deep draft ships of colonial times, as well as the shallow draft schooners of the Chesapeake Bay and Atlantic coast. Officially established in 1706 and again in 1784, Kinsale did not really prosper until the early 19th century with the advent of the bay’s steamboat era and the establishment of a village steamboat wharf. By the end of the 19th and the turn of the 20th century, Kinsale had several hotels, taverns and barrooms, commercial stores, and canneries, in addition to the post office that was first established there in 1792. After 1952, with the construction of a firehouse and the closing of the last canning factory, Kinsale largely ceased to function as a port and began its life chiefly as a small residential community. Although the docks, packing houses, church, and school have all succumbed to fires during the years, the district features an early 19th-century cemetery, two antebellum houses, several commercial structures, an early 20th-century bank building, and a number of houses from the village’s heyday.