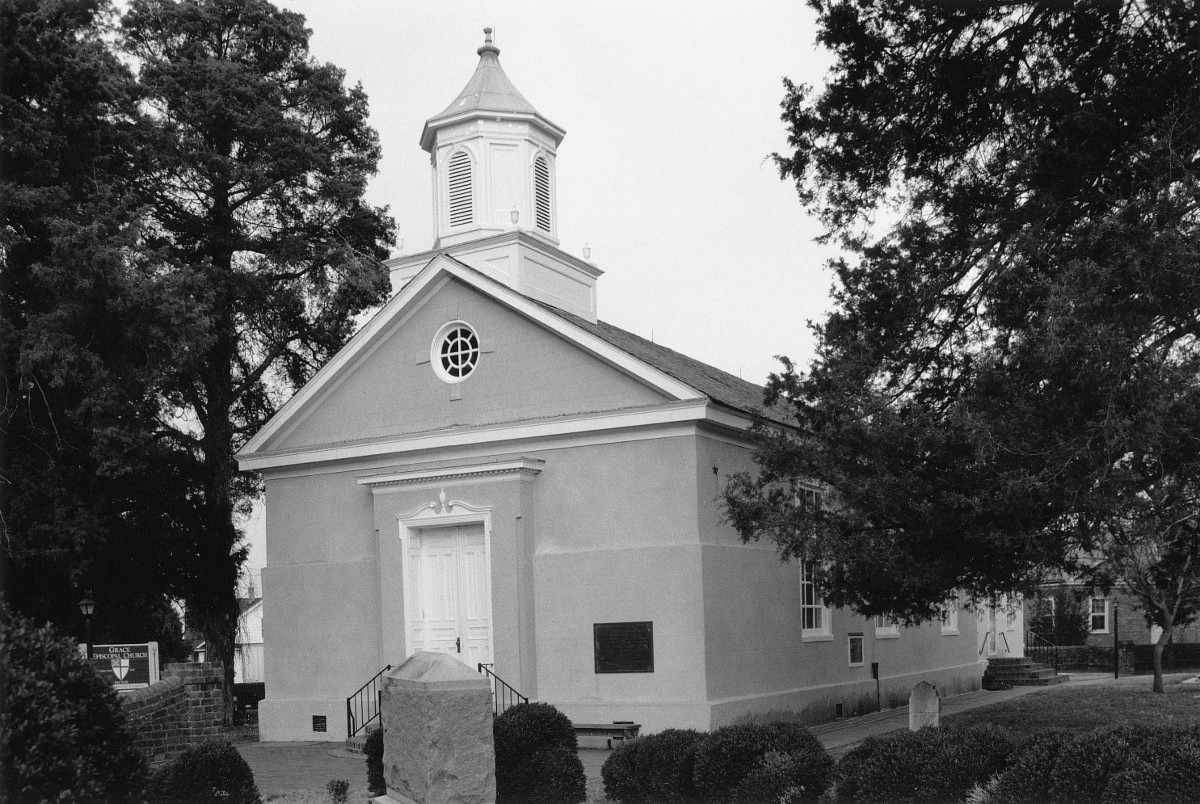 Grace Church, originally known as York-Hampton Parish Church, was built ca. 1697. It is probably the state’s only remaining colonial structure built of marl, a locally quarried soft material composed largely of shell matter which hardens almost to stone when exposed to air. The building was used as a magazine by Lord Cornwallis during the Revolutionary War. It was accidentally burned in 1814 and stood as a ruin until rebuilt in 1848. Further damage was done in the Civil War when Union troops put a signal tower on the roof and used the interior for a hospital. The church was returned to service in 1870 and received a thorough renovation in 1926 when the belfry was added. In its churchyard is the magnificent 1745 English table tomb of Thomas Nelson, as well as the grave of his grandson Thomas Nelson, Jr., a signer of the Declaration of Independence.