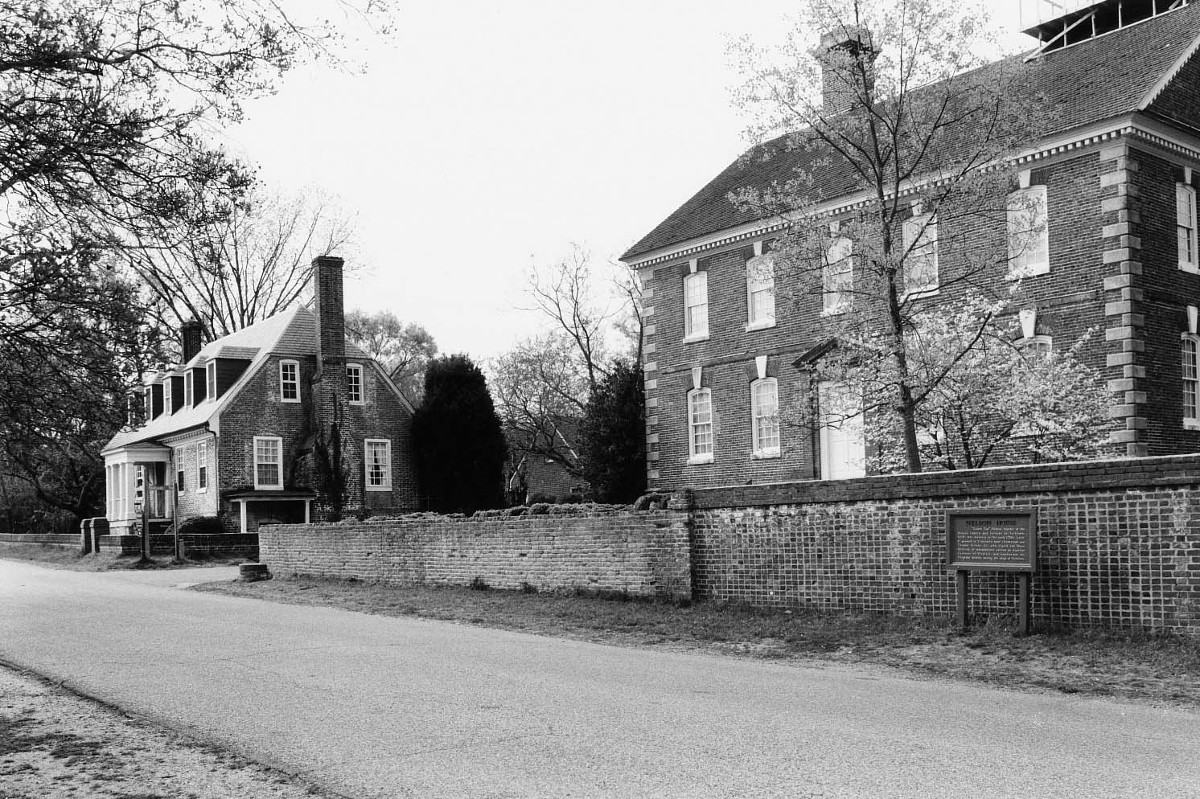 Yorktown was established by 1691 and became a thriving center of commerce and trade. It is chiefly remembered, however, as the scene of the final battle of the American Revolution. Here, on October 19, 1781, Lord Cornwallis surrendered his British forces, thus ending America’s colonial era. Yorktown declined after the victory, and much of the lower part of the town burned in 1814. The town was held by Union troops during the Civil War. Important landmarks include the imposing Nelson house built about 1730 and later the home of Thomas Nelson, Jr., signer of the Declaration of Independence. Near the battlefield is the Moore house where the surrender terms were negotiated. The Yorktown victory monument, designed by Richard Morris Hunt, was erected in 1881-84. The battlefield, the Moore house, and the Nelson house, are exhibited by the National Park Service as part of the Colonial National Historical Park.
[VLR Listed Only]