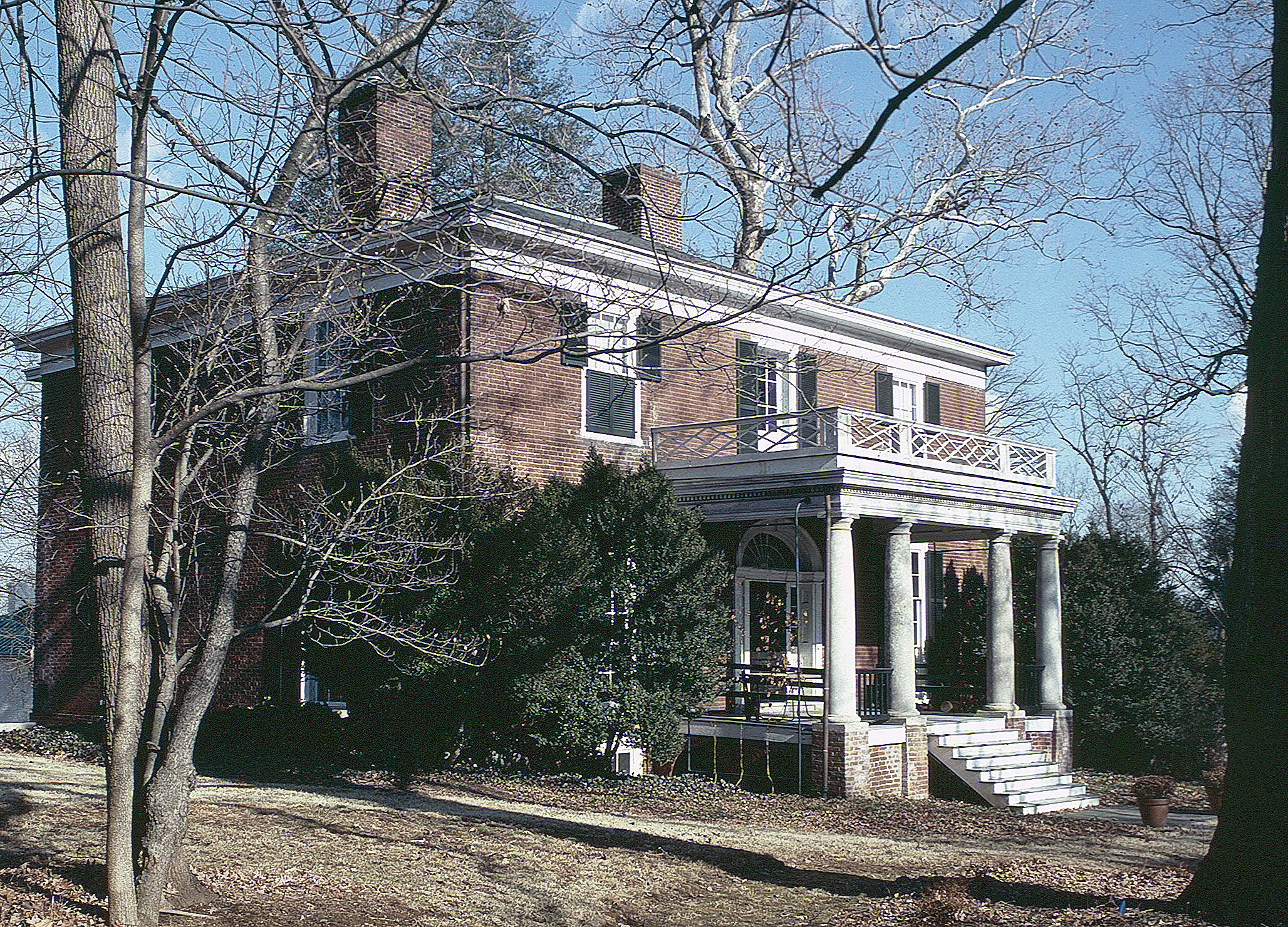 This carefully articulated dwelling is one of the many Jeffersonian-style structures built by skilled workmen formerly involved with the construction of the University of Virginia. Although the builders here are undocumented, similarity of the house to known works by William B. Phillips and Malcolm Crawford make an attribution plausible. The Jeffersonian influence is seen mainly in the classical detailing, the Tuscan portico, and the Chinese railing. The house was competed in 1827 for Charlottesville attorney John A. G. Davis. In 1830 Davis became law professor at the University of Virginia where, in 1840, he was shot dead by a student. In 1865 the house served as a headquarters for Union general George C. Custer. George R. B. Michie, founder of the local Michie Publishing Co., purchased the house in 1909. The place fell into disrepair in the 1980s but was restored in 1993.

Lewis Farm was initially listed in the National Register of Historic Places under the Charlottesville Multiple Resource Area (MRA) Form in 1982.  Additional documentation for The Farm in the form of a formal nomination was accepted in 1996.
[VLR Approved: 3/20/1996; NRHP Approved: 11/7/1996]